One Day Wiser in Ohio - HumaneWatch 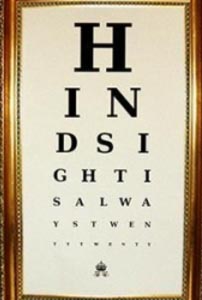 Everyone makes mistakes. Our initial analysis of yesterday’s HSUS “Buckeye Compromise” was a hasty first impression, written immediately after the late-day press conference. (Who holds a press conference at 4:30pm anyway?) Since then we’ve heard from a number of people in a variety of walks of life, essentially all saying “yes, but…” on one point or other.

So now that more details of the deal have emerged, it seems like a good idea to revisit the issue with a bit of hindsight—or at least to analyze what happened a little more thoughtfully. In short, we think the self-congratulatory language (from everyone) in the press conference effectively camouflaged the substance of what we’re seeing today on paper. Sticking our customary skepticism in a drawer was our mistake, and our's alone.

Here’s what has emerged in the last 18 hours, and a bit of what the proverbial “devil in the details” could end up meaning:

The most glaring omission from yesterday’s press conference—and in hindsight we really should have seen it coming—was the language in Paragraph 10 of the agreement. Here it is (emphasis added):

The HSUS will not submit a constitutional amendment on animal welfare in 2010 to the Ohio Secretary of State. Failure to implement the provisions related to wild and dangerous animals or the reforms recommended to the OLCSB by December 31, 2010 could void the agreement and allow the HSUS to pursue a ballot initiative whenever it chooses. However, if the terms of this agreement are met and implemented to the satisfaction of all parties, the agreement will extend to January 1, 2014. At that time the agreement shall be extended through January 1, 2017, and subsequently through January 1, 2020, if the terms continue to be met, and no party shall reasonably withhold its consent to the extensions.

We were wrong when we said yesterday that HSUS has agreed to cave on the egg issue, walk away, and not come back. In reality, HSUS is going to have the Ohio Farm Bureau on a leash, tugging it along every three years until right about the time Wayne Pacelle is ready to start cashing in his loaded pension. And if Wayne Pacelle doesn’t feel an appropriate amount of love (or groveling) by December 31, 2010, HSUS will be right back next year to start the political process all over again.

Worse still, it actually looks like the 500,000+ signatures that HSUS collected bought this spring might not have any sort of expiration date on them. They could still be valid next year, or the year after that, or the year after that. HSUS has already invested its money to gather the signatures; it can just keep threatening to submit them every year as a new kind of “leverage.”

At least that’s what we believe to be true, since we can’t find anything in the Ohio elections law that would prohibit it. (You legal eagles, feel free to correct us.)

The second thing that grabbed my attention when we saw the actual agreement today (and you should read all of it, people) was Paragraph 6. Here’s what it says, in part (again, emphasis added):

Humane Society of the United States (HSUS) will issue a statement in support of the mission and purpose of the OLCSB and will engage and work with the Board. Organizations representing Ohioans for Livestock Care and the HSUS will examine and jointly fund independent research projects and studies to identify best practices and to work for the highest farm animal care and welfare standards. If assistance of a third party is needed they will jointly agree on a representative to help in these discussions. When this work is complete, the findings will be presented to the OLCSB.

This is just plain ridiculous. The entire genesis of HSUS’s political campaign in Ohio was its objection to last year’s “Issue 2,” which established the Ohio Livestock Care Standards Board. Ohioans voted overwhelmingly to freeze HSUS out of the process, opting instead to trust things to farmers and veterinarians—the people who actually have experience with, well … livestock care. Experts were in. HSUS was out.

But now it looks like HSUS has negotiated its way back inside. It will “work with” the Board and “jointly fund” research to steer its decisions. Good grief!

Having said all of that, we understand Ohio’s dog breeders must feel like the Farm Bureau threw them under the bus. Fair enough. Yesterday’s information about what would constitute “puppy mill reform” was vague. Today it’s not.

The agreement calls for everyone to urge Ohio lawmakers “to support and pass SB 95 largely in the current form.” Here’s SB 95. And here’s one organization’s analysis of what it would do. Read it for yourself. One word comes to mind: “Eek.” This is not good.

Also, we poked a little fun yesterday at the concept of wrapping exotic animals into this, thinking that it isn’t exactly common to see people living in Ohio keeping lions, tigers, and bears as backyard pets. But here’s the actual language that was negotiated (emphasis added, one last time):

The Ohio Department of Agriculture and the Ohio Department of Natural Resources will coordinate and take action on wild and dangerous animals including the prohibition of the sale and/or possession of big cats, bears, primates, large constricting and venomous snakes and alligators and crocodiles. Existing owners will be grandfathered in, but they could not breed or obtain new animals.

Now we see it. Traveling circuses keep and display lots of these “exotics.” This seems aimed at the Ringling Brothers guys (who are suing HSUS under the federal RICO law, remember?), and we're willing to bet the regulations HSUS will “suggest” are going to be crafted to prohibit The Greatest Show On Earth from entering the state if it is in "posession" of a lion or bear cub born after the regs take effect. Again, not cool.

Overall, we still think everyone came to the table as a hedge against political uncertainty—especially Governor Strickland, who’s in for the fight of his political life this November. But now that the dust has settled, we think HSUS came better prepared to wring every last drop of blood it could out of the process. And so while Ohio’s farmers got some much-needed breathing room, it’s all temporary.

It’s important to remember (and this is what we forgot yesterday) that HSUS is playing a much “longer” game than Ohio’s pork, egg, and veal producers. Wayne Pacelle has what amounts to a 40-year strategic plan to get rid of all of them. The farmers, meanwhile, are focused on making ends meet from one growing season to the next. For now, at least, HSUS is exiting Ohio without leaving animal agriculture in ruins behind it. (And this time, I'm talkin' to you, California…)

Ultimately, Pacelle has the funds to outlast the Ohio Farm Bureau, and most of that money, of course, is scammed from Americans who think they’re contributing to a real humane society. (But you already knew that.)

So we shouldn’t have been so hasty to jump for joy. And we still don’t know how a November election would have turned out. But we're far less impressed with the result now, and continually amazed at how HSUS continues to get so much of what it wants from people who should think long and hard before doing their best Neville Chamberlain impersonations.