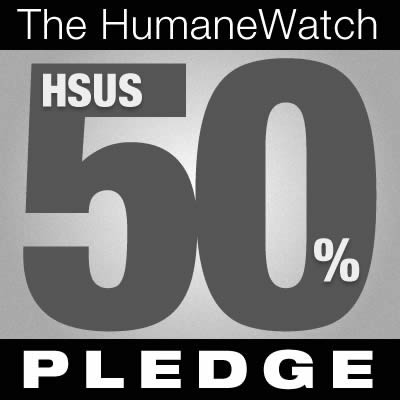 Right now, much of the money given to HSUS is spent on overhead—tens of millions of dollars are simply plowed back into raising more money. It’s a factory fundraising operation. And HSUS is under investigation by at least one state attorney general who is looking into whether or not HSUS fundraising may violate laws requiring truth in advertising.

Giving 50% to pet shelters is hardly a stretch. That figure still leaves plenty of room for HSUS to conduct some other campaigns, while ensuring that donor money is used as donors intend. (Our polling of donors has found that the vast majority think their money is going to help pets.) The only thing such a pledge might do is require HSUS to tighten its belt and not put so much money into its executive pension plan or into secretive accounts in the Caribbean. But that’s hardly a bad thing. Any legitimate humane society would already put pet shelters ahead of tax shelters, not the other way around.

We haven’t heard a peep from HSUS in response to this challenge—which speaks volumes about the leadership.