One of the questions we're asked most often about the Humane Society of the United States is this: Are HSUS's leaders a bunch of vegan radicals, or just a well-meaning gaggle of animal welfare activists like Temple Grandin?

We could just give you our opinions, but you'd be right to question them without some evidence. Here's a start, at least where HSUS "Factory Farming" Campaign Senior Director Paul Shapiro is concerned. 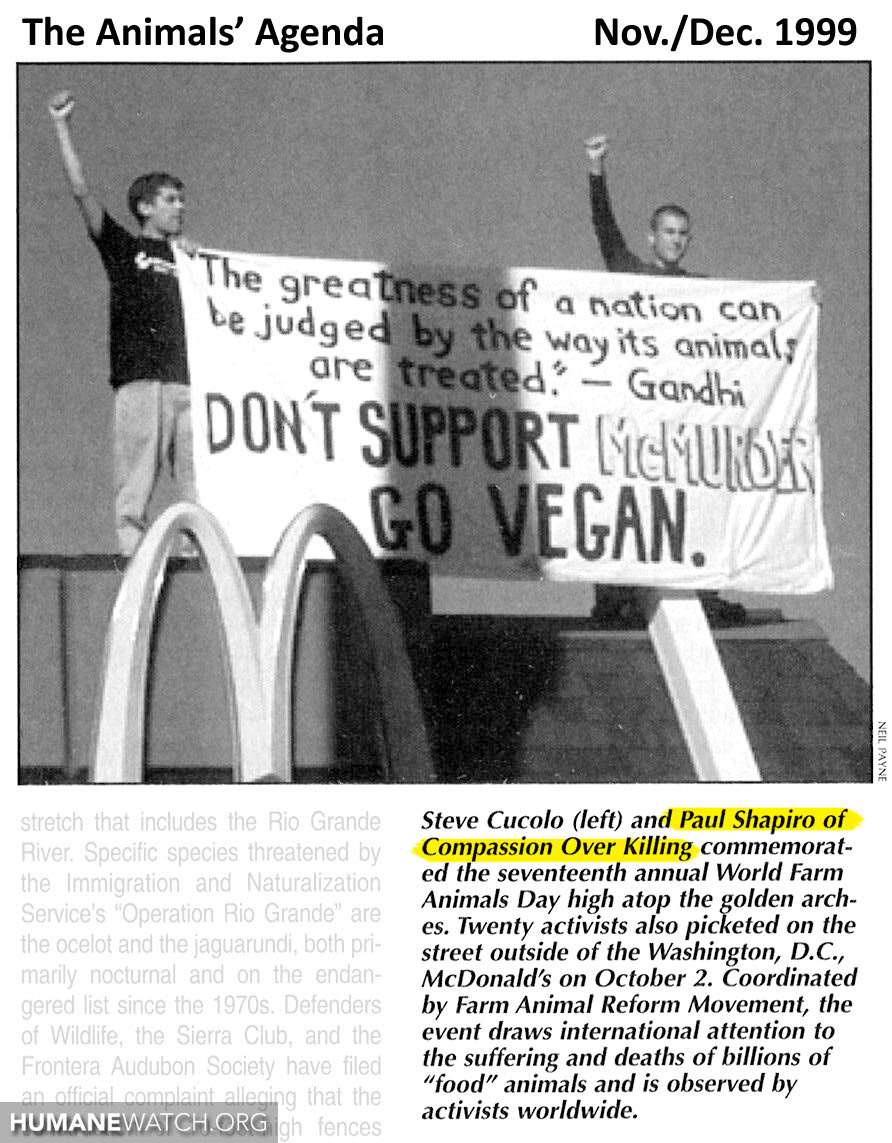 That's Shapiro on the right, fist raised in a sort of "tofu power" salute.

The first time we met Paul in person in 2001, he was protesting outside a Burger King in Washington, DC — desperately trying to steer people away from their Whoppers. Two of our staffers came back with cartoon pictures of steaks and burgers taped to their clothes, and they held signs for the rest of the lunch shift reading "Honk if you love meat!"

We had more fun than Shapiro did that day. And besides, Ben Stein drove by and honked. Twice.

For what it's worth, that Gandhi quote is genuine. But it's important to view it through the cow-worshiping lens of Hindu religion and culture. We don't expect anyone to slaughter and eat any of their gods. Where most Westerners are concerned, however, cows are dinner — not deities.