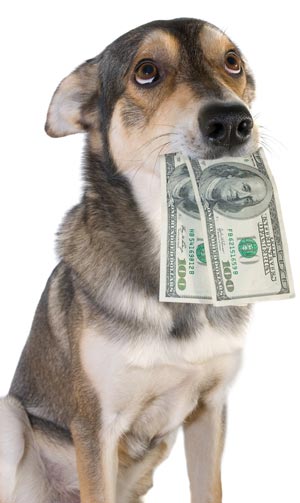 The über-wealthy Humane Society of the United States continues to baffle ordinary people everywhere by charging pet shelters exorbitant fees to evaluate their operations. We saw this in March with the city of Dallas, which ponied up $25,000 for what amounted to a spiral-bound report card. And now in the city of Superior, Wisconsin, tempers are flaring over a similar arm-and-a-leg evaluation.

HSUS's "Animal Sheltering" website features glowing testimonials from a handful of what the group calls "our clients." The City of Superior's Finance Director is one of them:

We had what I thought was a VERY good meeting today to discuss the report you prepared for us. It has been received very well by the vast majority of individuals who have read it. Jeff and I have met with our City Attorney, Mayor and council leadership and will be working over the next few weeks on identifying who we feel will best fill the role of the task force. Recommendations will be brought forward to the March 16th city council meeting for formal approval…

Keep in mind that this is from a municipal bean-counter, not a shelter professional. In today's Superior Telegram, one of those actual shelter experts had his own choice words to offer:

The Humane Society of the U.S. report is garbage. The report is full of errors. They only talked with us for two hours. The report is based upon money, nothing about animal care.

Apparently, HSUS's report recommends that at least two of the city's three main animal sheltering organizations should be forced to merge if they want to continue receiving city contracts for animal services once a brand new (planned, not yet funded) $2 million shelter is built. But it's clear that HSUS never asked the groups involved if they were interested.

O'Keefe added: "Why does a vendor who has been successful for 23 years have to go away?”

HSUS wants ARF to merge with the nearby Humane Society of Douglas County, the Telegram writes, because it "may bring together additional talent needed for a capital campaign to build the proposed $2 million facility."

Fair enough. It takes talent to raise that kind of dough. But you have to wonder why the city government isn't floating a bond issue the way it would to build a new school or tack a new wing on the City Hall.

And you also have to wonder what kind of hubris it takes to waltz into town, talk to a few people for a few hours, tell them to make sweeping changes to everything they do—and then charge them for the experience.

No wonder HSUS is getting such a bad reputation. They're working overtime to earn it.