HSUS vs. the 'Queen of Mean' - HumaneWatch 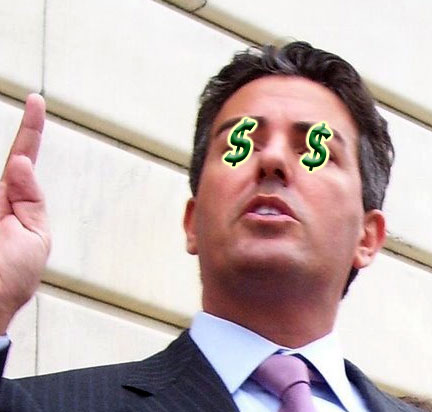 The Humane Society of the United States—a national animal-rights lobbying group unaffiliated with your local pet shelter—has for years been licking its chops at the possibility of tapping into the late billionaire Leona Helmsley’s estate.

Helmsley, a hotel magnate who became known as the “Queen of Mean,” died in 2007 after placing most of her wealth, valued at $5 to $8 billion, in a trust to be used for the care and welfare of dogs. Since then the trustees have allocated just $1 million, out of $136 million in grants, to animal groups.   (A judge has ruled that the trust money does not have to be spent solely on dog welfare.)

Hands-on pet care organizations, of course, generally can’t afford the legal muscle to fight trustee battles like this. But HSUS, along with PETA and other factory fundraisers, have tried to get a piece of the action. (We first weighed in on the debate back in 2008.)

A judge has already sided with the trustees, telling the animal rights groups that they’re not entitled to a slice of Helmsley’s billions. And last week a court denied a motion from HSUS, the ASPCA, and Maddie’s Fund to reopen proceedings in the case.

In reaction, HSUS CEO Wayne Pacelle uttered one of the most ironic sentences we’ve ever heard. “Giving just one-fiftieth of one percent of the trust’s grants to dog-related organizations is a trifling amount,” Pacelle told The Chronicle of Philanthropy, “and contrary to Leona Helmsley’s expressed intentions.”

Did you catch the irony? Apparently, Pacelle didn’t.

His sound bite reads like something we would say—about HSUS.

Ours would go something like this:“Giving just one-half of one percent of HSUS’s budget to pet shelters is a trifling amount, and contrary to HSUS donors’ expressed intentions.”

After all, 59 percent of Americans think HSUS gives most of its money to groups that perform hands-on care for dogs and cats. Yet HSUS shares less than one percent of its budget with hands-on pet shelters, according to its tax returns.

Here’s our advice to the Helmsley trustees: Give as much money as possible to small organizations specializing in dog care and adoption.

National groups that don’t perform much hands-on care aren’t the best investments. But hundreds of millions sent directly to shelters? To provide more space, food, and socialization, and ultimately lower the number of dogs put down in shelters every year? That’s something Helmsley should have been doing with her money while she was alive. And it could be a game-changer for millions of dogs.

Thankfully, the trustees’ decision to not send wheelbarrows full of cash to HSUS indicates that they’re already well informed. There’s no worse place for animal welfare money to wind up, after all, than in a multimillion-dollar pension plan for six-figure executives.