Animal rights activists, including those at the Humane Society of the United States, have never had a soft spot in their hearts for fur. HSUS, PETA, and other groups have stirred endless controversy over whether it’s acceptable to wear animal skins.

HSUS has agitated for truthful fur-garment labeling, which makes perfect sense. It has also called for the end of “killing for fur”—which, if we were talking about leather instead of fur, would sound like PETA-style crazy talk.

Truth be told, we’re confident HSUS would like to see leather go away too. But the animal rights movement has always seen fur as a sort of low-hanging fruit. HSUS has been going after it for decades. Its leaders would also like to see the end of meat-eating, but we haven’t seen them suggest that hot wings and steaks should be forbidden by law. (Not yet, anyway.) 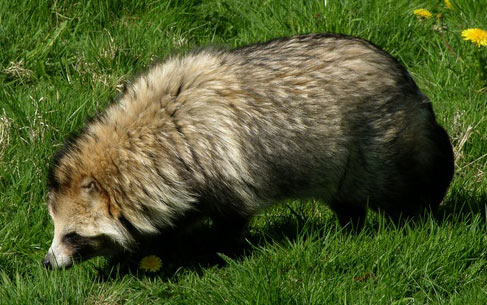 HSUS’s leaders have distinguished themselves from PETA’s in the fur-debating world by generally not going out on a limb to press for total abolition—unless they’re jumping on someone else’s bandwagon. (Example: the whole fur-labeling issue.) One HSUS senior manager cut his animal-rights teeth as the teenage founder of the Coalition to Abolish the Fur Trade, but that was long ago.

Instead of directly targeting the fur industry, HSUS tends to fight little skirmishes around the margins. And it doesn’t always shoot straight. Consider the odd case of the “raccoon dog.”

In the spring of 2008, HSUS put out a press release claiming that the “raccoon dog” was “the most misrepresented fur in America.” HSUS’s basic argument was that its staff were able to find “dozens” of mislabeled garments, some made from what it called “raccoon dog, an Asian canine species.”

The headlines were predictable. Dozens of reporters emphasized the “dog” part of the name, and left “raccoon” by the wayside. (One NBC story was titled “Fido in Your Faux Fur Coat?”)

HSUS’s leaders have long been in favor of rights for animals. So for them, whether this animal is a raccoon or a dog is a moot question since neither one should be worn to the theatre.

But there’s actually a law covering these things, called the Fur Products Labeling Act (FPLA). And its enabling regulations include a “Fur products name guide.” (Who knew?)

The species name Nyctereutes procyonoidos comes up under “Raccoon, Asiatic.”

If this “Asiatic Raccoon” sounds more like a raccoon than a dog, that’s because it is.

We got hold of a July 2008 letter to a Texas Congressman, written by a scientist who is now Director of the National Museum of Natural History (which is part of the Smithsonian Institution). Director Cristián Samper wrote (emphasis added):

A recent study using modern molecular analytical methods explored the question of the relationships among dog-like carnivores (Barbelden et al. 2005, Molecular Phylogenetics and Evolution). That analysis found that the domestic dog, Canis familiaris, and Raccoon dog, Nyctereutes procyonoides, are both members of the Canidae; however, they are not closely related and definitely are not the same genus or species.

Also, wildlife biologist Robert Byrne wrote a detailed fact-sheet about the Asiatic Raccoon in May 2008. (We’re reproducing this report with the permission of the copyright holder.) It says, in part:

The Asiatic Raccoon has been purposely mis-identified by some groups as the same species as the domestic dog (Canis lupus familiaris) in order to eliminate its use in the international and domestic fur trade through restrictive legislation or regulation.  However, there is no confusion within the scientific community; the Asiatic Raccoon and domestic dog are two distinct species.  (emphasis in the original)

Again, this distinction will make no difference to animal rights activists. But the “raccoon dog” name is more convenient to HSUS, so the group has parlayed the confusion into plenty of outrage.

Think about it: What could destroy the demand for fur more than the thought that Benji or Lassie was being made into a jacket?

And another thinker: If HSUS had put out a breathless press release complaining that department stores were mislabeling “Asiatic raccoon fur” as faux, would “Inside Edition” have cared?

For the record, we’re not trying to persuade anyone that fur is fashion-forward, or eco-friendly, or virtuous. That’s a personal decision. But the linguistic propaganda in stories like this is fascinating. And when it comes to propaganda, the Humane Society of the United States (despite its own charter’s prohibitions on engaging in propaganda) takes a back seat to no one.

Update: We've received a few questions about whether Robert Byrne, the author quoted above, is in fact a wildlife biologist. The following is from the "about the author" blurb at the end of his report:

Robert Byrne is a wildlife biologist with more than 30 years experience working in the field of wildlife conservation. During this time he has worked for state wildlife agencies, and domestic and international non-government conservation organizations. His duties have included wildlife research, law enforcement, program development, wildlife education, media relations, and policy development …