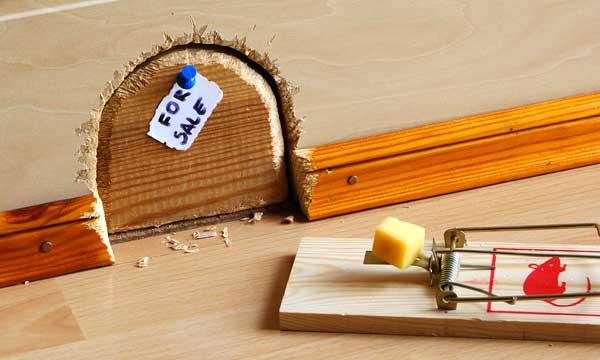 We think keeping rats in your house on purpose is weird, to say the least. But to each his own. And for the record, the real Pied Piper led troublesome rats to their death in a German river, not into a “rescue” van.

But the show, and Wayne Pacelle's blogging about the “Rescue of 2,000 Pet Rats,” made us think.

We asked ourselves: “Wait a second—are rats now pets? Really?” And then a few philosophical pieces fell into place.

Lots of people (most notably pet breeders) have suggested that Pacelle and his cohorts at the Humane Society of the United States secretly want to eliminate the whole institution of pet ownership.

Maybe—just for the sake of argument—we need to turn that idea on its head and look at it a little bit differently. Instead of getting rid of pets, perhaps HSUS wants to elevate as many species as possible to “pet” status. Could that explain what we're seeing?

Maybe the most effective way for HSUS to realize PETA's "total animal liberation" dream is to force us all to turn our homes into menageries of every imaginable kind of fauna. When every animal is a "companion," after all, it's easy to make it socially unacceptable to slaughter, eat, exhibit, or experiment on them.

Americans regard different animals, … well, differently. Cats, dogs, hamsters, and (for some) ferrets are cute, fluffy, and lovable. Mules, horses, and oxen are explicitly "work" animals whose role is to be a tool for humans. Cows, pigs, and chickens are there for us to eat. Flies are for swatting. You get the idea.

For most people, encountering a rat is not an occasion for warm-and-fuzzy feelings. It usually brings to mind thoughts of Bubonic Plague, and ends with a shopping trip for lethal traps. Just ask the custodians at the Los Angeles City Hall.

Horses aren't usually thought of as pets either. Traditionally, horses were transportation for people and a tool on the battlefield. They work in the fields, not in the condo kitchen.

But in effectively banning U.S. horse slaughter in 2007, HSUS made the emotional appeal that horses should be regarded as pets. As recently as last month, one HSUS state director was telling reporters, “Horses are not food animals in this country; they are companions.”

It’s true that some people have had special relationships with their horses. Robert E. Lee’s horse has its own public gravesite. And there are some people who think rats make okay pets. But these are certainly the exception, not the rule. For every person with a pet rat, after all, there's someone else with a pet snake. For those people, rats aren't pets; they're pet food.

Speaking of snakes, our search for intellectual consistency at HSUS hits a snag when we look at so-called “exotic” animals. On the day before the piece about “Pet Rats” appeared, Wayne Pacelle's ghost-writing blog staff gloated that Ohio's outgoing Governor had issued an Executive Order banning Ohioans from keeping those “exotics” as pets. Pacelle's blog lauded this move as a vital protection for “public health and safety.”

Armed with this knowledge, let's review the HSUS catechism.

Rats are pets. Horses are pets. Snakes and tigers are not pets. Neither are bears, deer, or raccoons. And they definitely shouldn’t be hunted either, even when their numbers threaten the “public health and safety” of people. Even “nuisance” wild animals should only be handled by HSUS-approved “humane” methods.

It seems that HSUS believes all animals have their place. Some are pets, and others get to duke it out in the natural world. In a pinch, though, HSUS will shoot them with birth-control darts to make it a fair fight.

This is sort of like the animal version of how some people are born in America, and others are born in Bangladesh. (Tough luck, Skippy. You're a badger, not a kitty-cat.) And even people who argue that some rats (but not others) make good pets wind up looking arbitrary to everyone other than HSUS. Which is odd, considering how arbitrary HSUS's philosophy seems to be.

Apparently, in HSUS's preferred world view we're supposed to treat every domesticated animal like a pet. Hobby breeding is a no-no. When we eat animals, it's “abuse,” of course. But other animals have a magical trump card. (Except dogs.) Wild animals, on the other hand, must be left alone, free from human “interference.” That spells the end of zoos, circuses, and aquariums.

The more we step back and look at all of this, the clearer it is that HSUS is really making it up as it goes along.

The bottom line is that humans' relationships with animals are already thorny enough without self-styled “experts” telling us what's what. If you like having pet rats, so be it. If you don't want to eat pork, it's a free country. And if you want to send your horse to slaughter because it makes good economic sense, maybe HSUS shouldn't be forbidding it.

The group's whole “All Animals” shtick applies, in an Orwellian sense, more equally to some animals than to others. And HSUS will have a coherent intelligible philosophy when all pigs can fly.

Or when all rats are pets.