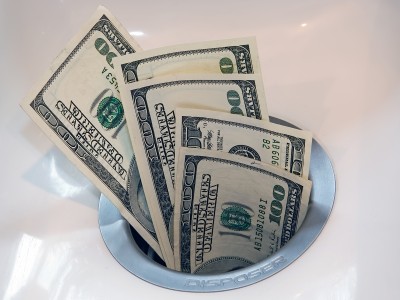 There’s no shortage of allegations of charity scams these days, from the Central Asia Institute to Lady Gaga.  And this week the New York Attorney General filed a lawsuit against a nonprofit called the Coalition Against Breast Cancer, claiming the group solicited $9.1 million over the past five years and spent barely any of it on breast-cancer prevention or research programs:

Over the past five years, the organization spent less than four percent of all donations on any of its alleged charitable programs. In 2008, for example, CABC raised over $1.4 million but spent just $374 on mammograms. The group funded mammograms for 11 women over the last three years, despite having raised more than $4 million, the investigation found.

Two of the organization’s three directors paid themselves more than $550,000 in combined salaries from 2005 to 2009, another $150,000 in retirement accounts and dental and medical benefits that totaled at least $9,000 per year.

Sound familiar? A similar complaint could be made against the Humane Society of the United States.

We won’t accuse HSUS of spending money as egregiously as New York alleges the Coalition Against Breast Cancer spent its donations, but there are parallels.

For starters, HSUS claims it spends 78 percent of its budget on “programs.” But an analysis by the watchdog publication Animal People News determined that 50 percent of HSUS’s expenses are actually “overhead.”  (The dirty little secret? Many charities count portions of fundraising appeals as “program” expenses.) And the American Institute of Philanthropy estimates that HSUS’s fundraising costs could be as high as 49 percent of its budget.

And then there’s the little matter of HSUS sharing less than 1 percent of its budget with pet shelters. Since public polling shows that most people think HSUS is in the pet-shelter business, that should be its top priority. Instead, HSUS deposits more money into its pension plan than it puts into pet-shelter grants.

The NY Attorney General also cites CABC’s fundraising fees as an example of egregious spending. Helpfully, the Attorney General publishes an annual “Pennies for Charity” report examining how much (or how little) of the money solicited by telemarketers actually goes to the charities that have hired them. HSUS is included.

Last year we analyzed HSUS’s fundraising, as reported to the Empire State, from 2000 to 2009. (The 2010 report still hasn’t been published.) We discovered that out of $12.2 million raised for HSUS’s benefit, just 7.12% of the money actually went to HSUS. The rest was pocketed by a dial-for-dollars fundraising company.

There were actually three years in which HSUS’s New York telemarketing campaigns ran at a net loss. Why? The fundraising companies keep most of the short-term cash, and HSUS keeps the resulting mailing lists. (How do you suppose HSUS manages to keep buffeting its bogus “constituency”?) Of course, potential donors generally have no clue where their money will end up.

It’s important to note that while HSUS’s bait-and-switch fundraising practices are unethical and misleading, they may not be illegal. Ultimately, that’s a question that Attorneys General around the country can answer.  Why don’t you write to your state’s top legal official and ask? California might be a good place to start.