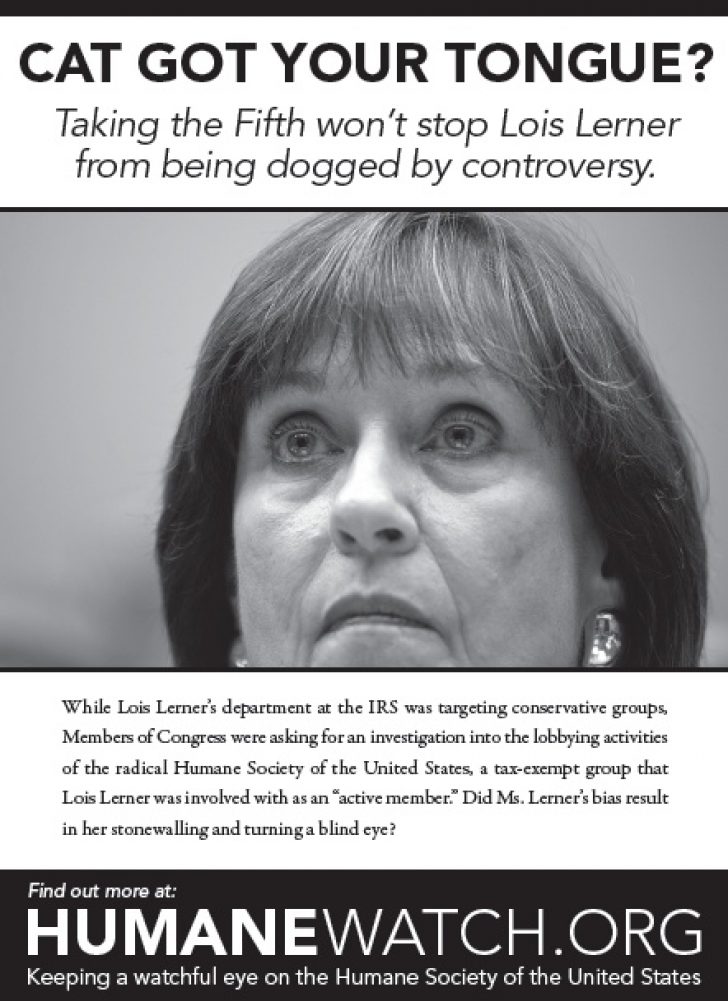 Cat Got Your Tongue? Taking the Fifth won’t stop Lois Lerner from being dogged by controversy.

While Lois Lerner’s department at the IRS was targeting conservative groups, Members of Congress were asking for an investigation into the lobbying activities of the radical Humane Society of the United States, a tax-exempt group that Lois Lerner was involved with as an “active member.” Did Ms. Lerner’s bias result in her stonewalling and turning a blind eye?