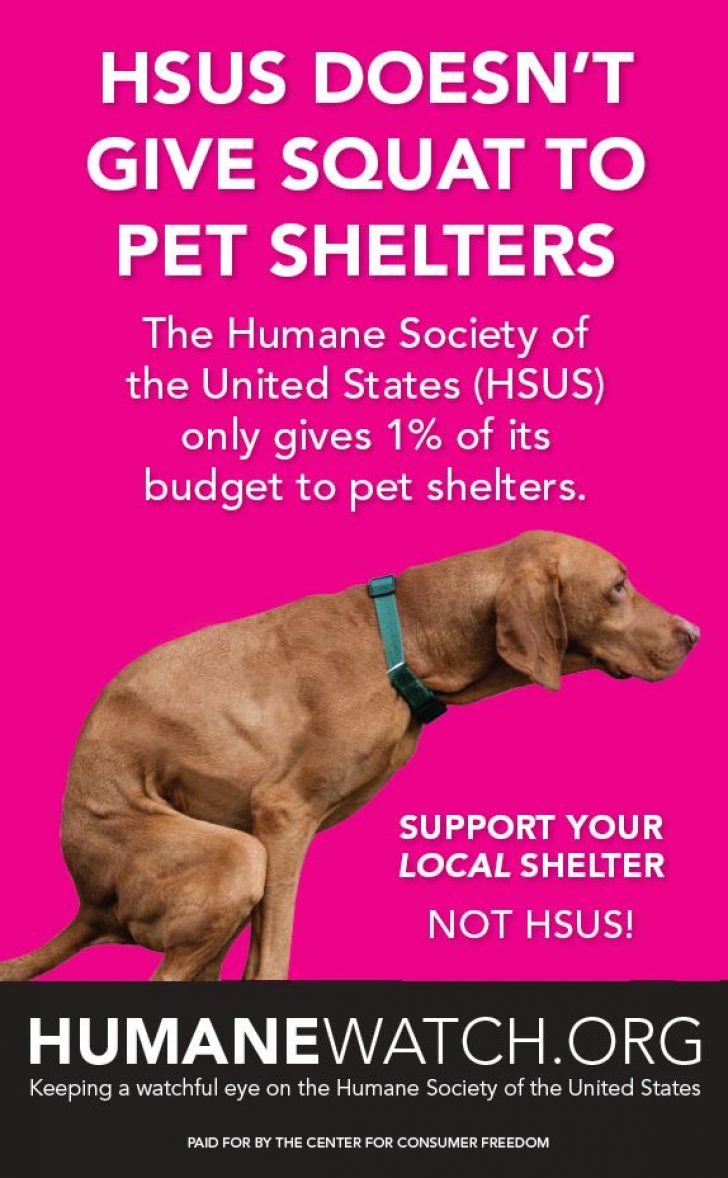 This billboard appeared in Times Square in October 2015. It was located on the corner of West 46th Street and Broadway.

The ad portrays a dog in a squatting position and reads, “HSUS doesn’t give squat to pet shelters. The Humane Society of the United States (HSUS) only gives 1% of its budget to pet shelters. Support your local shelter — not HSUS!” 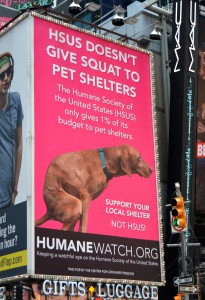