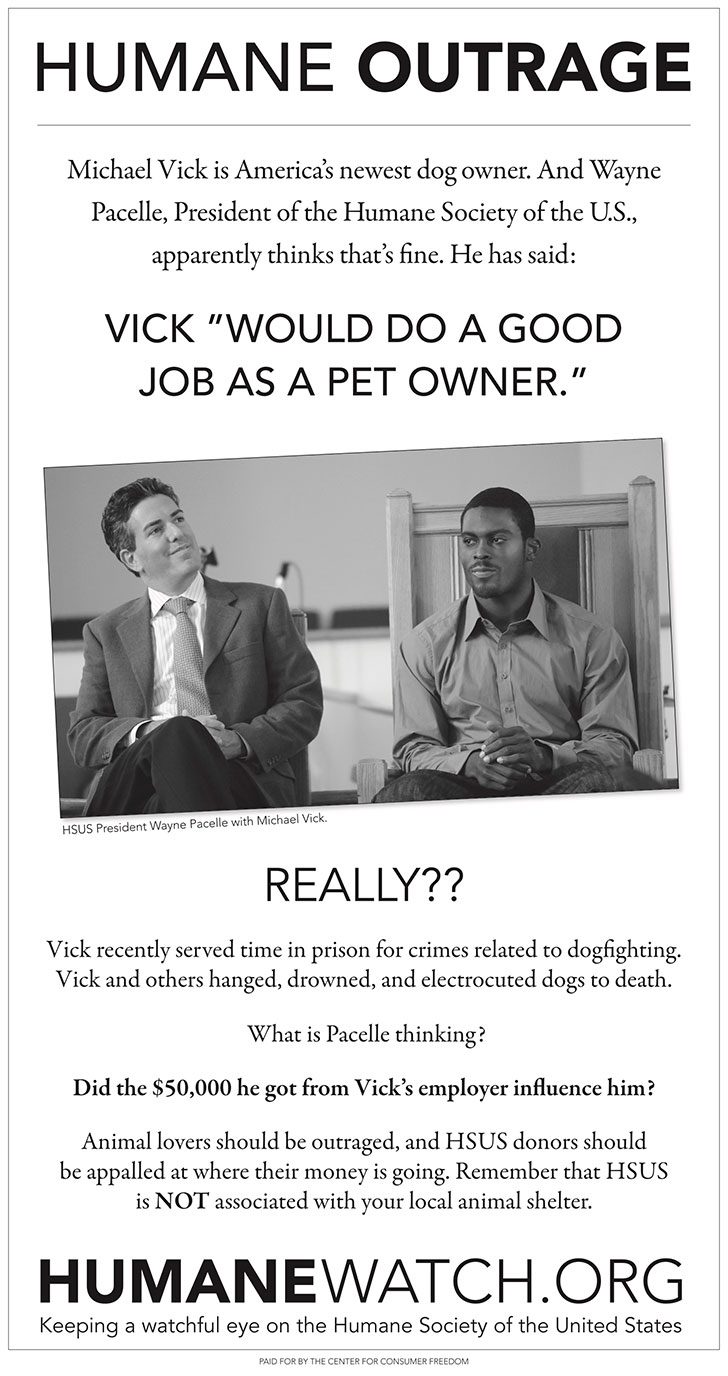 The ad questions the words of Humane Society of the United States CEO Wayne Pacelle, who said Vick “would do a good job as a pet owner” in 2010. Recently, Vick revealed that he has gotten a dog, and animal welfare advocates are outraged, with the memory of Vick’s outrageous and cruel behavior seared in their minds.

Why would Pacelle say such a thing? Did the $50,000 his organization received from Vick’s employer help sway his opinion?