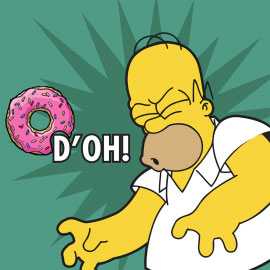 Tomorrow in North Carolina, a couple of (polyester) suits from the Humane Society of the United States are going to waltz into the Annual General Meeting of the Krispy Kreme doughnut company. They’ll ask shareholders to spend tens of millions of extra dollars for “cage-free” eggs, either passing the costs on to American consumers or taking a loss on their investments.

In a down economy.

Are they on crack?

No. They’re just working from the PETA playbook, and using a PETA cast-off to manage an exercise in futility.

If we were a Las Vegas casino taking over-under bets on this Krispy Kreme meeting, we’d keep two numbers in mind: 5 and 2.  (More on that later.)

HSUS’s press release—you just knew there would be a press release, right?—quotes Matthew Prescott, the group’s “corporate outreach director.” Prescott, you may already know, had the same job at PETA until last year.

What was that job? Exploiting a $100,000+ portfolio of stock in companies that PETA hates. The group would send Prescott (or a different shareholder activist with a little more gravitas) to the annual meetings. They would demand something straight out of a hostage negotiation note (“We want McDonald’s to stop selling beef! And we want the letter M stricken from the English language…”)

The shareholders, of course, always reacted with something between a chuckle and a guffaw. PETA’s typical result was to attract support from about 2 or 3 percent of the voting shares.

We’ve heard it said that the definition of “insanity” is doing the same thing over and over and expecting a different result. But HSUS is now in exactly the same game, with the same Field Marshall. It’s not too hard to see how this will shake out.

But of course, PETA really never expected to get 51 percent of KFC shareholders to approve of applying the secret 11 herbs and spices to tofu or tempeh.  And HSUS doesn’t expect Krispy Kreme to start bulk-ordering more expensive eggs either. It’s all about the press coverage.

So when HSUS trots into Raleigh tomorrow, they fully expect to lose, and lose big time. The vote on anything HSUS proposes will be more lopsided than the Portugal-North Korea soccer (oops!) football match. But if the Associated Press and Krispy Kreme’s hometown News & Observer write about it—and paint HSUS as a gee-whiz, sympathetic figure—a few million people will suddenly have the nagging feeling that there’s something wrong with ordinary eggs.

All of this, of course, is just a roundabout way of saying that if HSUS’s antics tomorrow sound reminiscent of an old PETA stunt, that’s because it is.

And if you like over-under bets, a good line would be a 5-percent “yes” vote on cage-free eggs, and 2 reporters filing stories about HSUS’s trip down south within 12 hours.