“Show Me” the Desperate Speculation - HumaneWatch 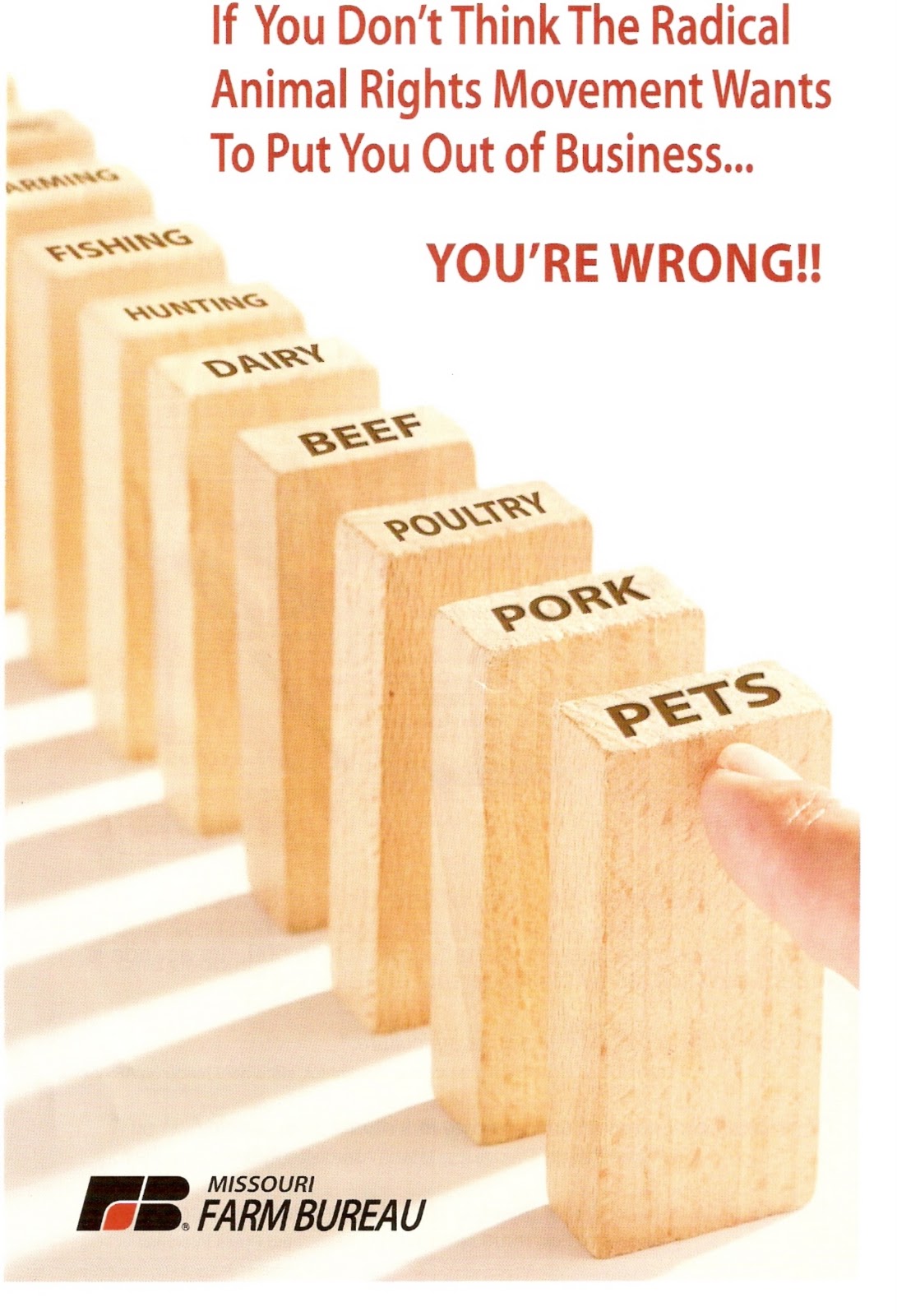 Tomorrow Missouri will vote on several ballot measures, with one of them, Amendment 1, offering to enshrine a “right to farm” in Missouri’s constitution. Naturally, this has the animal liberation group Humane Society of the United States upset. After all, its goal is the elimination of animal agriculture, and a constitutional protection of livestock farming would be a considerable wrench.

The opposition to Amendment 1, in fact, has almost entirely been funded by the HSUS apparatus. Of the $533,000 raised to oppose the measure, $479,000 has come from HSUS. That’s 90% of the opposition coming from a D.C.-based group. Hardly a grassroots movement, even if HSUS has local farmer Joe Maxwell on its payroll and flacking for it at public events.

On the other side, about $1 million has been raised in support of the measure, from a wide variety of ag groups and individuals in Missouri. And it’s one of those funders, the Missouri Pork Association, that is the target of an HSUS ploy for bad press.

On Friday, HSUS CEO Wayne “I don’t love animals” Pacelle blogged that the Missouri Pork Association “may” be illegally using check-off money to support the amendment. If true, this would be a big story. Check-off money comes from mandatory fees assessed to commodity producers (think $1/head of cattle) that are used for general promotion purposes, such as “Got Milk?” or “Pork: The Other White Meat.” Check-off money is not allowed to be used for lobbying.

HSUS’s argument is that because the Missouri Pork Association gets some check-off money, and the Association has contributed to the “Yes” campaign, that check-off money maybe—possibly, perchance, perhaps—has been used for lobbying. (Of course, it’s not that hard for accountants to segregate money, but don’t let facts get in the way of another Wayne Pacelle rant.)

So what evidence does HSUS have to back up its claims? Well, nothing, apparently. According to the official website of the “No” campaign:

Missouri’s Food for America plans to file a Freedom of Information Act request with the USDA to find the money trail on check-off funds being funneled to a lobbying effort. (Emphasis added.)

So there you have it. “Plans to file” means “we don’t have that information yet.” This is mere speculation from HSUS that is designed to get a negative story in the media in advance of the vote. Politics is a dirty business, but even this is pretty shallow. HSUS and its flacks have made similar complaints in the past about pork check-off money being allegedly using for lobbying—and they have gotten thrown out of court. In the case of complaints about the beef check-off, the USDA Inspector General found no wrongdoing, and HSUS flack Mike Callicrate dropped his lawsuit.

The vote will be an interesting barometer on where things stand in Missouri since HSUS launched a ballot measure there in 2010 (which is where the picture above comes from). Amendment 1 is reportedly too close to call, with support for the amendment having a 48-40 lead in one poll. Supporters have outraised HSUS by about 2-to-1, which may give them enough for a final push, if they have a message to credibly counter HSUS’s false narrative and scaremongering. We’ll see where things stand on Wednesday.