We have a confession to make. For months now, we've callously neglected our Feline-American friends in favor of the Canine race. And we are so, so sorry.

When the first HumaneWatch ad came out, we told ourselves that the 200 paw prints—one for each dollar you'd have to give HSUS before a single buck would end up at a pet shelter—could have belonged to either cats or dogs. But deep down, we knew it wasn't true. Cats never line up their tracks in neat little rows like that. Border collies, maybe. But not cats.

Our second big ad, the one with the three bug-eyed dogs? And that bus-stop billboard? Might as well have said "no cats allowed" in fine print.

The entire HumaneWatch team just completed three days of intensive feline sensitivity training, where we learned to embrace our inner Morrises and Garfields. And only one of us wound up in the emergency room with an allergic reaction. (That was our creative director. He had it coming.)

Mostly, we love cats now. Really. And as our first olive branch to our catnip-sniffing brothers and sisters, we're re-releasing the "SURPRISED?" ad with a photograph of three astonished kitties. Those of you who inhabit the cat-show circuit or rescue the homeless feral population will especially appreciate this gesture, but it's really for everyone.

So put your claws away, people. We've learned our lesson. 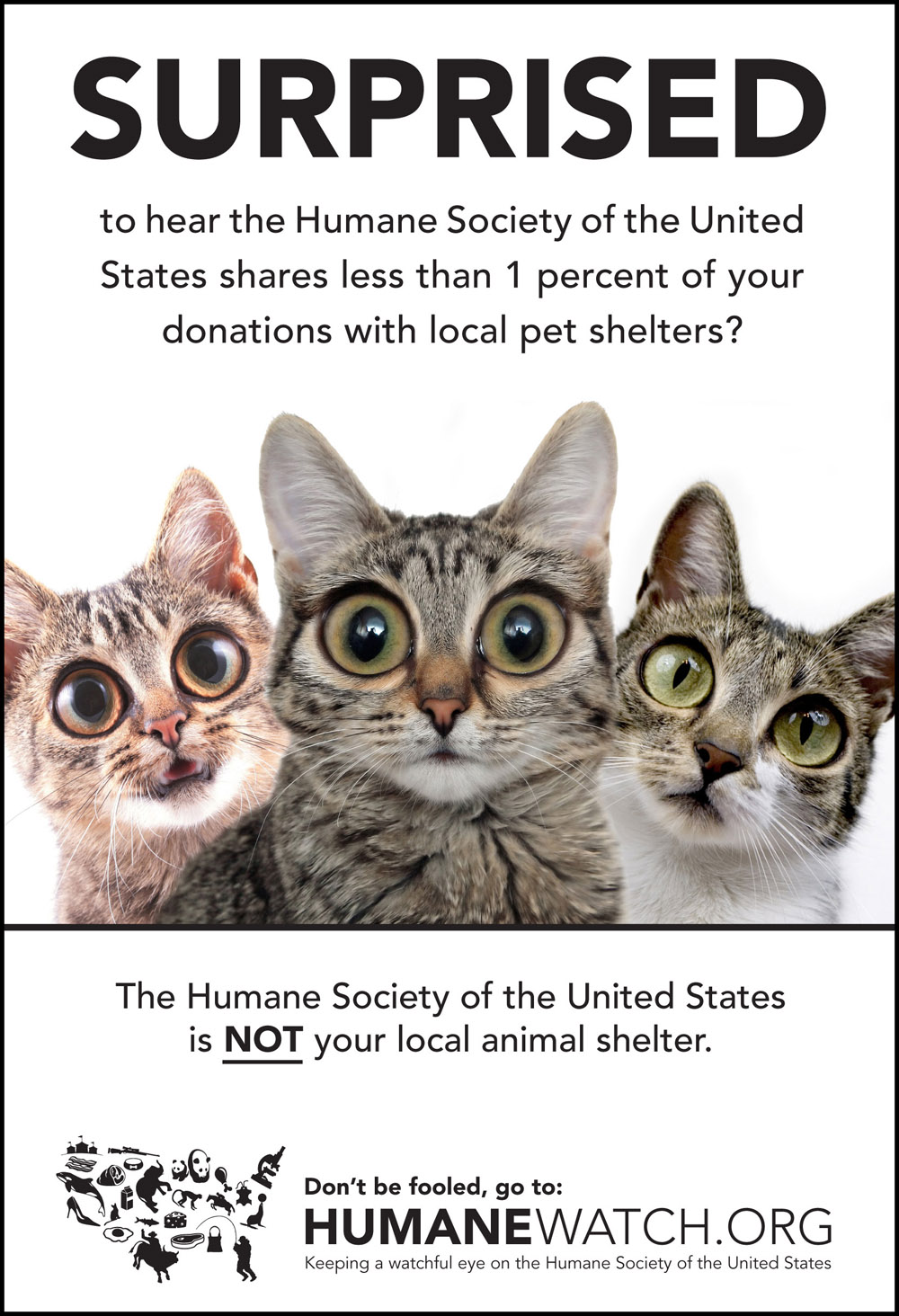