Speaking With the Enemy - HumaneWatch 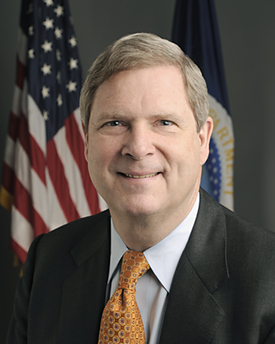 If you’re a farmer, is sitting down with the Humane Society of the United States, an anti-agriculture group, ever in your interest? It’s an ongoing and heated debate.

An egg industry trade group thinks so, and has cut a deal with HSUS to pursue federal hen-housing regulations. Others, such as pork and beef producers, are against working with HSUS. Now, U.S. Secretary of Agriculture Tom Vilsack has weighed in, taking the side of communicating with HSUS.

AgWired reports that Vilsack said the following in a recent speech:

Now I know that there are not too many fans of the Humane Society in this room. But egg producers thought it was in their best interest to avoid fifty different referendums, fifty different sets of rules. So they sat down with folks and they reached common ground. After all, isn’t that what we’re asking our Congress to do? … I think the egg producers have the right idea.

We disagree with Vilsack’s analogy. Republicans and Democrats in Congress both want the same thing—a more prosperous country—but disagree on how to get there. However, egg farmers and HSUS don’t want the same thing. Egg farmers want to produce eggs and stay in business. HSUS is ideologically opposed to using animals for food. So, really, what is there to sit down and talk about? A better analogy would be a deer sitting down with a hunter—there’s not going to be much common ground.

I am not, nor is The HSUS, against all animal agriculture. In fact- [sic] restoring humane, sustainable agriculture and putting more farmers and ranchers back on the land (i.e. reducing the human suffering in rural America) is a deeply-held [sic] core value for me and many others at The HSUS.

That may be true for her, but not for the guys running the show at HSUS. HSUS CEO Wayne Pacelle is a strict vegan. HSUS’s VP for farm issues is a vegan who has said that “eating meat causes animal cruelty.” HSUS’s food policy director has compared animal farming to the Nazi Holocaust. An HSUS corporate campaigner worked on a “lobster liberation” campaign at PETA.

Until there’s a sea change with the HSUS leadership, the best thing farmers will get is platitudes and empty promises from HSUS.