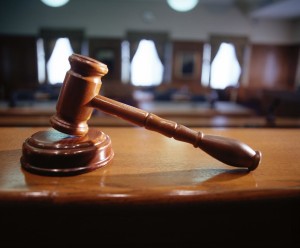 The Missouri Supreme Court issued a long-awaited ruling last week in a lawsuit filed by a Missouri dog breeder against the Humane Society of the United States for defamation and invasion of privacy. The plaintiff, Mary Ann Smith, who is the mother of a U.S. Congressman, alleged HSUS defamed her by calling her kennel a “puppy mill” in a 2010 report. There was suspicion that HSUS targeted her because it had a political problem with her son, who served in the state legislature and tussled with HSUS before joining Congress.

HSUS tried to have the case dismissed by arguing that “puppy mill” is an opinion, which is protected speech. A lower court agreed, a court of appeals reversed, and the state Supreme Court now has ruled that “puppy mill” was indeed a protected “opinion” and therefore couldn’t be defamatory. Had it considered “puppy mill” a fact, the phrase could have been defamatory.

While it would have been nice to see HSUS taken to trial to defend its use of the slur—particularly since its M.O. often involves smearing and threatening people—on the bright side, we’d like to thank the court for clarifying that HSUS offers “opinions,” not facts.

Coincidentally, we’re putting together an ad. The ad will of course contain facts, such as the fact that HSUS only gives 1% of its money to pet shelters, according to its tax return. But we could also use a few colorful “opinions” to spice it up. Perhaps we’ll call HSUS “puppy exploiters” for the way they raise money with sad dogs and then shortchange pet shelters. Or perhaps we’ll label them “women abusers” for how they rip off their (mostly female) donors?