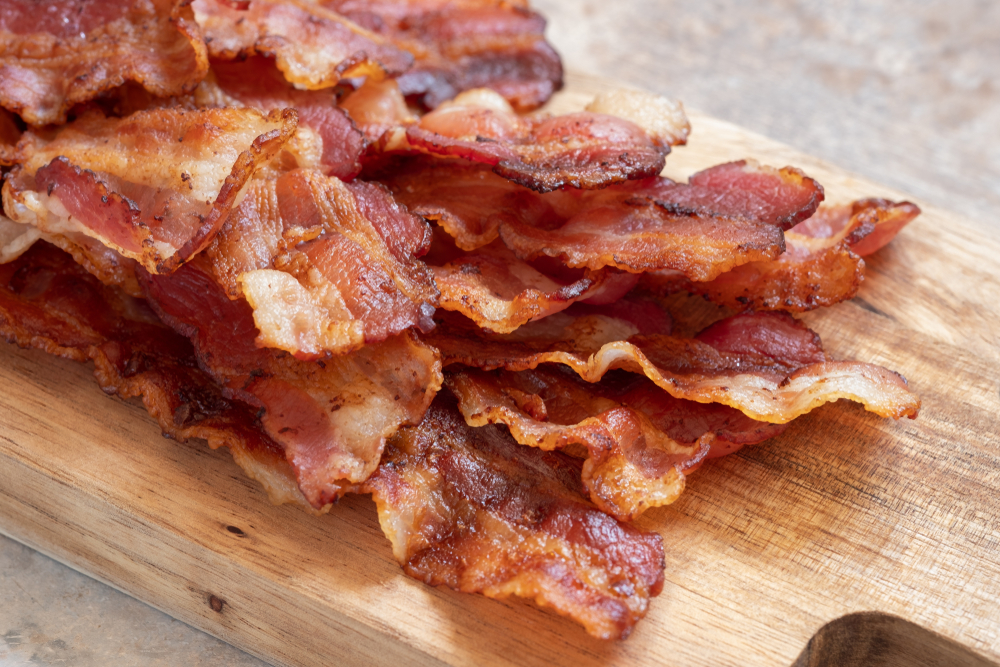 The Supreme Court announced Monday it would rule on the constitutionality of Proposition 12, a California ballot measure passed in 2018 that attempts to tell farmers in Iowa, North Carolina and other states how to produce pork. The law effectively bans around 96% of pork from being sold in California. It was supposed to go into effect in January–and create a massive bacon shortage–but was put on hold by a court.

What’s at stake? Tens of millions of dollars in spending from animal rights groups, interstate commerce, and your right to determine what you eat. Just a few little things.

Animal liberation activists have invested millions of dollars in these kinds of ballot measures. They are smart enough to know they can’t pass a law banning meat. So their strategy is instead to ban common animal husbandry techniques by making these practices look bad to voters, who know as much about farming as they do toxicology.

It’s easy to mislead the average person about agricultural practices, and the result is that voters have passed laws like Prop 12 without realizing the effects on their choices at the grocery store (or farm animals).

In other words, voters were effectively tricked into passing a measure that will harm their own food choices. Only a court injunction is preventing a situation where “bacon may disappear in California.”

The anti-meat activists at the Humane Society of the United States are already in full spin mode. To hear it from them, there’s no looming pork shortage for Californians. The most laughable and deceptive claim we’ve seen is this: “Many of the largest pork producers—including Perdue, Tyson, Hormel and Clemens Food Group—have publicly stated that they are planning to comply with the law and supply the California market with pork that comes from animals given more space.”

These major companies may have niche brands or subsidiaries that happen to be Prop 12 compliant. But they are unable to supply the demand in California, much less have 100% of their own supply chain compliant.

Consider Clemens Food Group’s situation: “Since Clemens buys most of its supply from independent farms, only its in-house raised Farm Promise brand pork will be Proposition 12 compliant, and the brand makes up only 15 to 20 percent of its supply.”

That’s a far cry from what HSUS would have you believe.

Here’s Perdue: “Niman Ranch and Coleman Natural Foods, smaller producers owned by poultry giant Perdue Farms, will both comply. Niman’s standards have always been higher than Prop 12’s, while Coleman has been working with some of its contract farmers to meet Prop 12 requirements.”

Niman sells at places like Whole Foods. One pack of Niman bacon costs $13.99 online and frozen pork chops go for about $22 a pound. That might be something the CEO of HSUS could afford on her $400,000 salary–if she wasn’t vegan, of course–but normal people would find such prices hard to stomach.

A third party analyst put it this way: “We’re looking at a shortage. If implemented as set, we’re not going to have enough pork to meet the needs of California. The pork that is compliant is clearly going to be priced at a premium.”

The poor are hit the hardest by Prop 12. It’s effectively a regressive food tax for no real benefit.

No benefit, you ask? That’s right: The irony of these laws–there are similar ones on eggs–is that they don’t actually improve animal welfare, according to farmers and veterinarians. (Who, unlike activists, actually know what they’re talking about.)

Most pigs are kept in group housing already. Just the sows are not. That’s because sows will fight for food and dominance in groups. So farmers developed individual maternity pens a few decades ago which give the sows a safe space during pregnancy where they can receive individual food, water, and care.

Prop 12 bans the sale of pork from farms that use this popular husbandry method.

It’s one thing if California wants to regulate farming within California. But Prop 12 is trying to regulate out-of-state farmers by interfering in interstate commerce–preventing them from selling their product unless they meet California regulations. That’s a bridge too far. And hopefully the Supreme Court agrees.