Taking a Snooze For Animals? - HumaneWatch 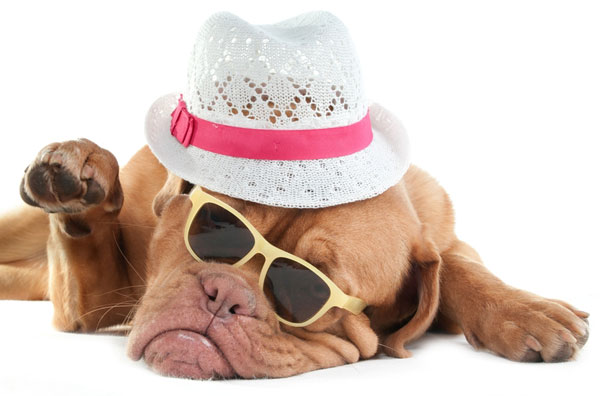 Editor’s note: A stealthy, undercover member of the HumaneWatch team managed to attend the HSUS-operated “Taking Action For Animals” conference on July 24 and 25. This is her report. Click here to see a copy of the conference program.

Not everyone can manage to sit through a full weekend of animal rights propaganda, but the Humane Society of the United States's “Taking Action for Animals” conference made it pretty easy to stomach. This event had a remarkably “corporate” feel to it, especially compared with the annual national Animal Rights Conference (which is more of a radical kitchen sink).

In fact, if you weren’t paying close attention and you walked past the conference space at DC’s Marriott Wardman Park Hotel, you might think you’d stumbled into an Amway sales convention. Until the vegan lunch was served, at least.

Overall, this event was a giant snoozer. Seriously. Very little information was presented that you couldn’t find with five minutes and a web browser. And so many of the sessions were held at overlapping times that no one could see more than one-third of what was offered. Nice.

HSUS Ohio Director Karen Minton gave a cheerleader-type speech about the ballot initiative that led to the “Buckeye Compromise.” Minton really loves her “wonderful” volunteers. She neglected to mention, of course, that HSUS paid many of its footsoldiers. (So much for volunteerism.) Minton also played the victim card, complaining about volunteers (read: paid signature collectors) who were allegedly “harassed” by HSUS opponents. (Read: Ohioans who called the police after being mooned or cussed out by HSUS’s hired hands).

Appearing alongside HSUS Ballot Campaigns Director Jennifer Hillman, Minton closed with a loud reminder that the signatures HSUS collected this year will not expire. HSUS, as we’ve suspected all along, will be knocking at Ohio’s door again if Ohio farmers don’t interpret the Buckeye Compromise exactly the way HSUS likes it. (Given how “disappointed” Minton and Hillman said they were with the content of the agreement, that probably won’t take very long.)

HSUS’s communications director led a workshop about “harnessing the media,” but most of what we heard was useless. Although the program promised some focus on “new online tools” and social media, no one brought up anything helpful. And the presenters largely shared how they work with pricey databases, news aggregators, and other expensive, elite tools—the kinds of things that HSUS can afford. After that, the speakers whisked themselves off to a hero-worshiping book-signing event. Yawn.

Patrick Kwan of HSUS’s New York office ran a brief state-lobbying workshop and (for some reason) didn’t hang around to answer questions. It turns out that he’s the guy responsible for HSUS’s policy of trying to save the Big Apple’s Canada geese, despite their nasty habit of bringing down jet airplanes. Go figure. And HSUS’s Indiana director did her best impression of “I’m Just a Bill.” (Did we really need a detailed explanation of “how a bill becomes a law”?) A leader from one local DC animal rights group—the same group that Paul Shapiro, Josh Balk, and Miyun Park came to HSUS from—regaled the crowd with tales of how she convinced a few politicians to go vegetarian for a week at a time. Yawn number two.

The banquet on Saturday was also pretty bland, and that goes for the soy-based “food” too. Most of the attendees put on a brave face, but it’s hard to imagine that there weren’t a large group of activists searching our nation’s capital for a humanely raised pork chop that night. If HSUS is true to form, you'll be able to watch Wayne Pacelle’s speech online very soon. The most interesting moment was probably when salsa music in the next ballroom drowned him out. And when Rep. Nick Rahall’s dog showed up. (Why weren’t the rest of us non-luminaries allowed to bring our pets anyway?)

Greger began with a major applause line, triumphantly proclaiming that the number of animals used for food had dropped in 2009 because meat eaters were eating less animal protein—including “sea animals.” He also promoted the “Meatless Mondays” campaign, a program that some schools and cities are adopting.

We also saw Greger intentionally confusing lab rats with cows, pigs, and chickens. HSUS’s goal is clearly, as Josh Balk put it last year, to “reduce the number of animals raised for food” in the United States. And one of the rhetorical devices the group is using is something called “three R’s.”

“The three R’s”— reduce, refine, and replace—were developed by biomedical research scientists. The idea was to use only as many lab animals as were truly required for their work. This was an answer to a series of practical problems related to using animals in disease research (expenses and regulatory hurdles, just to name a few). It wasn’t a “free the animals” exercise. But that’s what Greger has turned it into. He argued that we should “reduce, refine, and replace” all the meat, fish, and dairy foods in our diets, and that people who do so are somehow better human beings.

Paul Shapiro piled on, embracing the “flexitarian” idea. (The word practically means “mostly vegetarian.”) Shapiro’s idea seems to be that if HSUS can’t turn one person into a full-blown vegan, it’ll be satisfied if two people become flexitarians instead. He emphasized the importance of people needing to “accept” the need to reduce their consumption of animals.

Shapiro also boasted about a few charts that claimed to show that a majority of Florida students were choosing veggie fare in their school cafeterias instead of pizza or chicken nuggets. He forgot to mention a study released in June showing that only ten percent of Broward County students continued to choose vegan options after the initial novelty wore off.

Miyun Park, former HSUS vice president who now runs something called the Global Animal Partnership, talked about her organization’s new animal-welfare rating system for farms. The scheme seems to be set up—and Park admits this—in such a way as to guarantee that only the smallest farms can pass muster. Of course, this makes it more expensive for consumers to buy staples like milk, eggs, and beef. (Which is the whole point.)

Self-proclaimed “vegan dreamer” Gene Baur rounded out the panel. (He co-founded the “Farm Sanctuary” PETA clone.) Baur’s speech focused on his dream of a national agriculture based entirely on growing plants instead of animals. He claimed that farmers could easily feed the whole world if they only produced plants. (No evidence was presented.) Baur may have let the hen out of the proverbial bag toward the end of his talk, saying that campaigns to move consumers toward cage-free eggs and other HSUS-promoted options are just a “step toward veganism.”

The “Taking Action for Animals” conference wound up with an all-day lobbying exercise. While HSUS CEO Wayne Pacelle says that “nearly 1,000” people attended the conference, and the green blog Ecorazzi claimed “thousands of dedicated do-gooders” attended, barely 100 showed up to pound the Capitol Hill pavement. Maybe the rest of the attendees were looking forward to getting back to their regular diets.

Or perhaps, like many Americans, the modern animal rights movement is slouching toward complacency.  One Facebook commenter last week told HSUS that the event was “Kinda disappointing actually. Lots of talk, no action.” Ditto here.