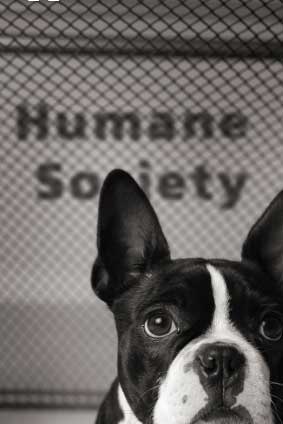 Up in Cody, Wyoming (yes, the town founded by "Buffalo" Bill Cody), the Humane Society of Park County is renaming itself the Park County Animal Shelter.

Here's the organization's leader, talking to The Cody Enterprise:

Board president Leigh Dvariskish said unhappiness with the Humane Society of the United States led to the change.

“The HSUS political agenda has created grief for us locally,” she said. “We’ve tried to get the message out that we don’t receive funding and aren’t connected to them, but it hasn’t worked.”

Dvariskish said the HSUS has a multimillion-dollar budget but operates no shelters. All their funding is directed at lobbying for the issues they support.

“Their intention is to push their political ideas, and some of them aren’t popular here locally,” Dvariskish said. “They lobby against hunting and other ag issues, even sometimes pets, and that makes people paranoid about where their money is going.”

Dvariskish said the board wants people to know their donations only benefit the local shelter.

This is odd, don't you think? We've heard of local shelters thinking about legal name changes because they didn't want donors mistakenly sending their checks to HSUS.

But here the concern seems to be that the Humane Society of the United States is known in Wyoming as being against hunting, livestock agriculture, and even pet ownership. And the locals don't want anyone's bad feelings about HSUS to rub off on them.

Could we be seeing the flash-point of a trend? Has your local animal shelter considered changing its name? Let us know.