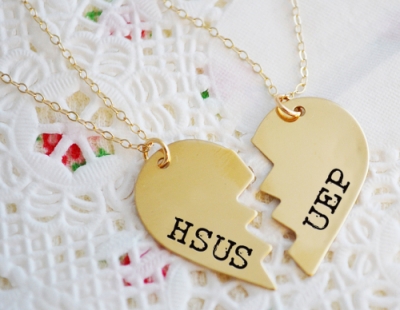 If you're the average American or even the average HSUS donor, you think (your) donations to the Humane Society of the United States go to help care for dogs and cats. After all, that's what HSUS ads heavily imply. But in reality, HSUS uses these doggie dollars to attack farmers in pursuit of a stealth vegan agenda to get rid of eggs, cheese, milk, and meat.

Recently, in a truly “strange bedfellows” scenario, the Humane Society of the United States has teamed up with the United Egg Producers, a trade group, to push federal legislation creating requirements on how hens are housed. The two are long-time enemies and HSUS wants to put egg farmers out of business. Apparently the relationship is still a bit rocky.

We received a copy of a letter that HSUS CEO Wayne Pacelle sent to UEP head Gene Gregory recently.  The basic gist appears to be damage control. Apparently, some UEP members were upset over HSUS’s announcement that Burger King agreed to require its suppliers to phase out any eggs from hens housed in cages–big or small. (In contrast, the federal legislation that HSUS supports would allow larger "enriched" cages.)

We’re not sure what exactly set the UEP members off, but we can speculate. HSUS stated that Burger King “continues to set the standard” for animal welfare. And this is the bind that egg farmers that support the bigger cage legislation are in.

Instead of egg farmers setting farming standards, HSUS is setting them. HSUS is approaching restaurant companies and other retailers pressuring them via shareholder resolutions (which almost all laughably fail) to get them to make demands of their suppliers. Farmers and good science are removed from the equation and replaced with messaging from an animal rights group committed to ending the use of animals for food.

On the one hand, the UEP says that going completely cage-free “would have been the end of the U.S. egg industry.” On the other, the UEP says that HSUS is “not trying to eliminate our business.” Clearly, the latter is impossible. HSUS continues to push cage-free. Turning over credibility to HSUS on the issue of eggs—or any part of animal agriculture—won’t pan out in the long run.

Here's one way for the egg folks to test HSUS's honesty as a "partner": Ask HSUS to publicly disavow "cage-free" as a goal. If HSUS won't do that, then it's obvious that HSUS is playing a two-faced game and that they'll simply be back in a few years with more demands for egg farmers.

It's unlikely the bill will pass this year, and the HSUS-UEP partnership expires on June 30. The UEP has gotten a lot of heat from the broader agriculture community for making a deal with the devil. And egg farmers can’t be pleased with what they’re seeing from the debacle in Europe after egg-farm regulations kicked in earlier this year. There’s an easy place for egg production to go if the U.S. market becomes too scrambled from animal-rights activism: Mexico or Asia. And both destinations are where production may soon be going.