The Hill's Are Alive with the Sound of HSUS - HumaneWatch 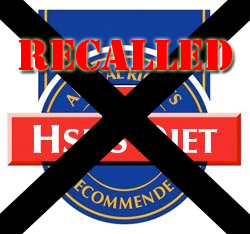 FINAL UPDATE: As of 1:45pm EDT on March 18, Hill's is no longer financially sponsoring HSUS. The company has issued a statement via e-mail, and it's a wonderful day for the animal kingdom.

It's one thing when a wine company from Australia trips over itself and pledges a six-figure check to what's already America's richest animal rights group. Or when a truck-stop company passes the hats for the nation's largest anti-meat, anti-circus, anti-hunting, and anti-(fill in the blank here) organization.

Who would expect them to understand the internal politics of the animal protection movement? By all rights, we should thank them for "walking it back" and wish them well.

But Hill's, the company behind the popular "Science Diet" brand of pet food, is a different matter entirely. Today we learned that the company is sponsoring a "click to give" Internet program that directly benefits the Humane Society of the United States (HSUS). You click on the cute doggie, and Hill's donates to HSUS:

Your free click generates a donation from Hill's Pet Nutrition to support the HSUS. You may click once a day, every day. 100% of the donations raised go directly to The HSUS, which advocates for local humane societies and operates its own network of animal sanctuaries …

The mind boggles. How exactly does HSUS "advocate for" local humane societies? By charging them money? By not sharing very much of its 9-figure bank account?

Veterinarians tell us that they're the core target market for Hill's marketers. And we're hyper-aware that HSUS has basically gone to war with the veterinary "establishment," trying to recruit vets into its own "Humane Society Veterinary Medical Association." (That's the same group that used to be called the Association of Veterinarians for Animal Rights before it merged with HSUS.)

Suffice it to say that we believe most U.S. veterinarians see HSUS as something between a nuisance and The Enemy. Perhaps the Hill's marketing geniuses didn't think this one through. But as always, we have great faith in the ability of this audience to help them understand what's what.

Note: We've updated our parody of the Hill's logo to remove their name.