This Group is “Scrooge” for Animals - HumaneWatch 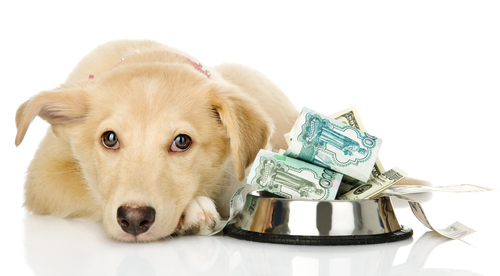 The holiday season is upon us. In addition to spending time with family and friends, the holiday season is marked by giving. In fact, 30% of all charitable donations are made in the month of December. But it is important to do your homework on charities before you give.

Take the Humane Society of the United States (HSUS). Its name sounds nice, right? Yet HSUS doesn’t run a single pet shelter and is not affiliated with local humane societies. According to its most recent tax return, it has $30 million sitting in Caribbean accounts and pays 67 of its employees six-figure compensation packages.

In a newly released rating guide by CharityWatch, HSUS gets a “D” grade. The report estimates that as much as 48% of the HSUS’s spending goes to covering overhead.

The ASPCA isn’t much better. Based in New York, the group is not affiliated with local SPCAs. It paid its CEO more than $850,000 in 2017, according to tax records, and gets a “C” grade from CharityWatch.

So who should you give your money to? The ones who need it most: Your local pet shelter or rescue.

These organizations oftentimes offer the best return on your donation as they help animals in your local community, instead of squirreling money away in hedge funds. In addition to donating money, you can donate supplies or volunteer time.

While not all local charities are reliable, we here at HumaneWatch have made it a bit easier by taking out the guesswork. We started the website HelpPetShelters.com to actually help pet shelters and rescues nearest you. Make a donation there if you don’t want to do the research yourself, and we’ll find a worthy shelter in your state.

This holiday season, make sure your money gets used to help animals, not pay some executive’s salary.