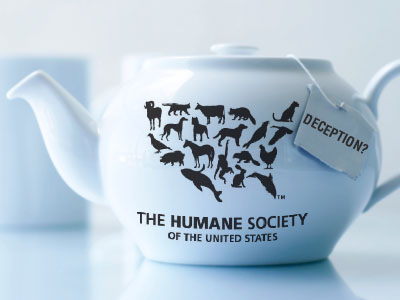 Have you heard of Greg Mortenson? Millions of people have read his book, Three Cups of Tea, but his charity—the Central Asia Institute—is getting lots of bad press following an unflattering 60 Minutes investigation.

Mortenson’s claim to fame is his work in Pakistan and Afghanistan, supposedly building schools for poor and disadvantaged children. Mortenson writes that during the early 1990s he got lost while mountain-climbing, and was nursed back to health in a remote village.

60 Minutes, however, cast doubt on many of Mortenson’s claims. Investigators traveled to some of the remote places he wrote about and could find no evidence that the Central Asia Institute had built some of the schools it claimed to. One early Mortenson backer now says Mortenson’s story is a “lie.” (You can find Mortenson’s rebuttals here.)

The shock waves are already resonating throughout the charity world. The attorney general of Montana, where the Central Asia Institute is based, has opened an investigation.

What does this have to do with the Humane Society of the United States? The parallels are startling.

At its core, the 60 Minutes piece is about an eight-figure charity that isn’t doing what its donors expect it to do. The Central Asia Institute has spent $1.5 million promoting its president’s book and paying for a related speaking tour. It’s spending millions more “educating” Americans about the need for action related to its primary purpose—building schools in Asia. Actually building the schools, most donors’ real interest, generally doesn’t make the to-do list.

Sound like anyone we know? The Humane Society of the United States is a nine-figure charity that isn’t doing what most of its donors expect.

A majority of Americans think HSUS gives most of its money—their donations—to pet shelters. But HSUS shares less than 1 percent of its budget with these community-based organizations.

HSUS runs countless “education” campaigns instead of supporting more hands-on work. While HSUS does carry out some hands-on work, such as operating an animal rescue team (sometimes under a cloud of controversy), much of its money funds lobbyists, political campaigns, pension plans, and legal skirmishes.

HSUS CEO Wayne Pacelle is currently on a weeks-long tour to promote his new book, The Bond. It’s a strange title for a book, since Pacelle himself once said in an interview: “I don't have a hands-on fondness for animals. I did not grow up bonded to any particular nonhuman animal. …there's no special bond between me and other animals.”

We’d like to know how much HSUS is spending on its CEO’s book tour, and how much of what must have been a sizable “advance” is going back into his charity. Are the proceeds mostly going into Pacelle’s bank account?

In the 60 Minutes piece about Greg Mortenson, the American Institute of Philanthropy calculates that his Central Asia Institute spends more money domestically “promoting the importance of building schools in Afghanistan and Pakistan than it does actually constructing and funding them overseas.”

That same philanthropy watchdog similarly rates HSUS’s performance, giving the animal rights group a “D” grade overall. It calculates that HSUS spends up to 49 cents to raise a dollar. That’s an embarrassing level of inefficiency.

HSUS deserves a long, hard look based on wasteful financial practices, and its failure to accomplish its donors’ primary goals. After all, if HSUS is correct in arguing that animal deserve legal “rights,” someone has to look out for them.