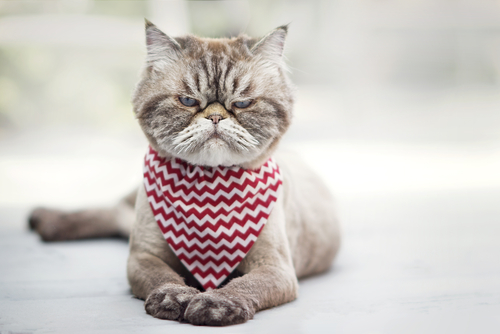 While we primarily focus on large national animal charities, such as the Humane Society of the United States, that have major issues with financial waste, occasionally some smaller groups come across our radar. One is Alley Cat Allies, a Maryland-based non-profit that focuses on cat welfare, which recently found itself in hot water.

An exposé this summer reports on allegations the organization, with a $10 million annual budget, is being poorly run. Instead of focusing on the animals, much attention has been diverted to handling internal lawsuits, buying property, and cutting fat checks.

Every organization has its occasional legal battle, but Alley Cat Allies has been involved with three simultaneous lawsuits. According to tax documents, more and more donations are going to legal fees. Over three years legal fees have risen from $84,000 to $274,000.

Partially to blame for increased legal fees is a copyright lawsuit dealing with the ownership of over 17,000 photos and videos of cats. The lawsuit, which started in 2015, is allegedly the result of ACA hiring a photographer, only to stop giving him credit for his photographs. This occurred during the time when his wife, who contracted and was previously employed by ACA, left the organization. What follows is several years of back and forth centered on a lawsuit one judge called “convoluted.”

While that catfight rages on, two other lawsuits of note are centered on Donna Wilcox, the former board chair and vice president of ACA. The lawsuits revolve around the alleged cat-napping of two former stray cats, which Wilcox and her brother removed after allegedly threatening and then locking Charlene Pedrolie, the Chief Operating Officer, in her office. The incident resulted in a civil lawsuit against Wilcox by Pedrolie, in which she claims that she was falsely imprisoned and assaulted. Wilcox has filed her own lawsuit, claiming ACA owed her $30,000 in back wages and vacation pay.

Of the $10 million the organization received in donations, nearly 30% of it went to paying salaries, wages, and other compensations. Those salaries also include the $265,000 salary of Rebecca Robinson, ACA’s president. Since 2015, the organization has bought two homes in Arlington, including the house next to ACA’s president that had a price tag just short of $600,000. The most recent tax return shows no income from property rental, which leads one to question what the home is used for.

$10 million dollars can help a caboodle of cats if used appropriately. Unfortunately, there seems to be room for improvement at Alley Cat Allies.