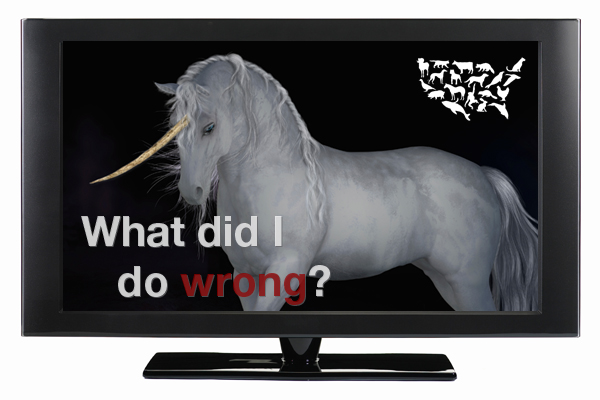 Let’s say a Congressman or state legislator introduces a bill to ban flying broomsticks. Or opens an inquiry into why Santa hasn’t ever filed a tax return on his present-delivery business. Or decides that flux capacitors need to be regulated.

Pointless, right? A solution in search of a nonexistent problem? A waste of public resources? You got it. Yet that is exactly how the Humane Society of the U.S. designs a “scorecard” for states. And its lobbying record isn’t much better.

HSUS is raising money for a North Dakota ballot initiative, Measure 5, to make some acts of animal cruelty a felony. More credible sources, including the Humane Society of Fargo-Moorehead and veterinarians, think the measure is flawed as written (oddly, it only applies to three animals) and are floating a legislative solution instead. The Bismarck Tribune has also editorialized against it.

Whether or not you think it’s a good initiative, one of the points raised by the Measure 5 advocates is that HSUS ranks North Dakota at the bottom of its state “humane” ranking guide, released earlier this year. But how much does this actually matter?

Consider this: HSUS rates North and South Dakota poorly. Both miss out on three points because they don’t prohibit black bear hunting, much less certain means of bear hunting (with hounds, for example).

But…there are no black bears in the Dakotas. (We trust North American Sportsman to know where the game is.) This isn’t Lewis & Clark times where grizzlies roamed the plains. Should something that’s not going on be banned?

Similarly, many states don’t prohibit cougar hunting. Most states don’t have cougars. And while we haven’t checked, we don’t expect shark fin soup to be big on the menu in Fargo. So is a law banning it really necessary? Would such a law better serve animals or HSUS’s propaganda?

As for bans on Sunday hunting, another scorecard point, we’re still scratching our heads about that one.

And in a federal system, state regulation isn’t always required. HSUS gives a point to states with humane-slaughter laws, but there’s already a federal humane slaughter law (passed in the 1950s).

And what about lobbying? Wayne Pacelle recently blogged about the top 10 state victories for animals in 2012—except several of them don’t appear to help many animals at all. The number one “victory” banned certain bear-hunting methods in California, but few bears are hunted there.

Arizona passed a greyhound-racing law (the #6 “victory”), but there’s only one such operation in the entire state. New Jersey banned horse slaughter (#8), but there aren’t any horses being slaughtered for human consumption anywhere in the country.

The number-two “victory” banned a certain pig-housing method in Rhode Island, but exactly how many pork farms are even in that state? Apparently, not very many. Similarly, HSUS has spent resources trying to get certain farming practices banned in Massachusetts—even though these practices aren’t used in the state, haven’t been in over a decade, and likely won’t be in the future. It’s just an HSUS attempt to create a phony “bandwagon” by getting states with light farming populations to ban certain farming practices—with little opposition—and then claiming that this “bandwagon” represents a larger movement.

HSUS seems more focused on spending resources on symbolic, near-meaningless political victories than in directly helping animals. And that’s a shame for all the two-legged HSUS donors and the four-legged friends they’re hoping their money will help.