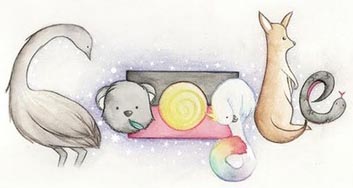 Google's "cache" feature is really neat. It's like a time machine that can only travel backwards a week, maybe less. But sometimes a week is enough.

But thanks to a tipster tonight, I learned that Google grabbed a snapshot of HSUS's web page last Friday.

And one of these things is not like the other.

Using another neat tool, I archived the "cached" version from February 19, 2010. Click here to see it.

Here's what disappeared at some point in the last five days:

Can somebody out there tell me what happened?

The fact that Schering-Plough's pet microchip service has dropped out could mean that HSUS corporate sponsors are beginning to re-evaluate their relationships with the group. For what it's worth, I can't find any evidence that Schering-Plough's main competitor in this field has ever cozied up to Wayne Pacelle. So this may be a PR move.

Who's going to cut the cord next? Stay tuned.