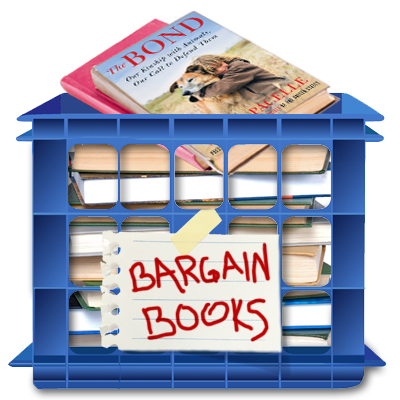 The other day we noticed that Humane Society of the United States CEO Wayne Pacelle is still on his book tour. Yes, still: You might recall that Pacelle released his book The Bond and started touring back in early April. As we approach September, he’s still going. His recent stop in Frederick, Maryland was number 87—yes, eighty-seven—out of a 100-city tour. (Does he have any “groupies”? We wonder.)

Isn’t Wayne supposed to be running a multimillion-dollar organization? Or has his primary role shifted from CEO to book hawker?

Let’s contextualize by comparing Pacelle to some notable figures who have recently gone on book tours.

And according to Politico, Sarah Palin’s two most recent book tours have been a 16-city tour and a 35-city tour. The latter was for her book Going Rogue—the bestselling nonfiction book of 2009.

Pacelle, by contrast, is going on a tour nearly three times as long for a book that is nowhere close to as successful. (The Bond made it to number 11 on the nonfiction best-seller’s list for one week, before dropping to #23 the following week and then falling off the list.)

One person we can find surpassing Pacelle is former White House Deputy Chief of Staff Karl Rove, who recently went on a 111-city tour. But let’s face it—Pacelle’s stature is nowhere close to that of a former advisor to the President.

We’re not sure who’s paying for Pacelle’s tour—the book publisher or HSUS donors—but surely traveling to 100 cities is taking a toll on how effectively HSUS is run. It’s not like Pacelle is getting mobbed, at least judging by a couple of pictures of the event. And The Bond was immediately discounted 40 percent at Amazon and other e-tailers following its release.

In fact, HSUS’s original announcement was that Pacelle was only going on a 50-city book tour. At some point, the length doubled. So what’s the point? Is this really about promoting “the bond” between people and animals, or about Pacelle’s self-promotion?