Welcome to the (HSUS) Machine - HumaneWatch 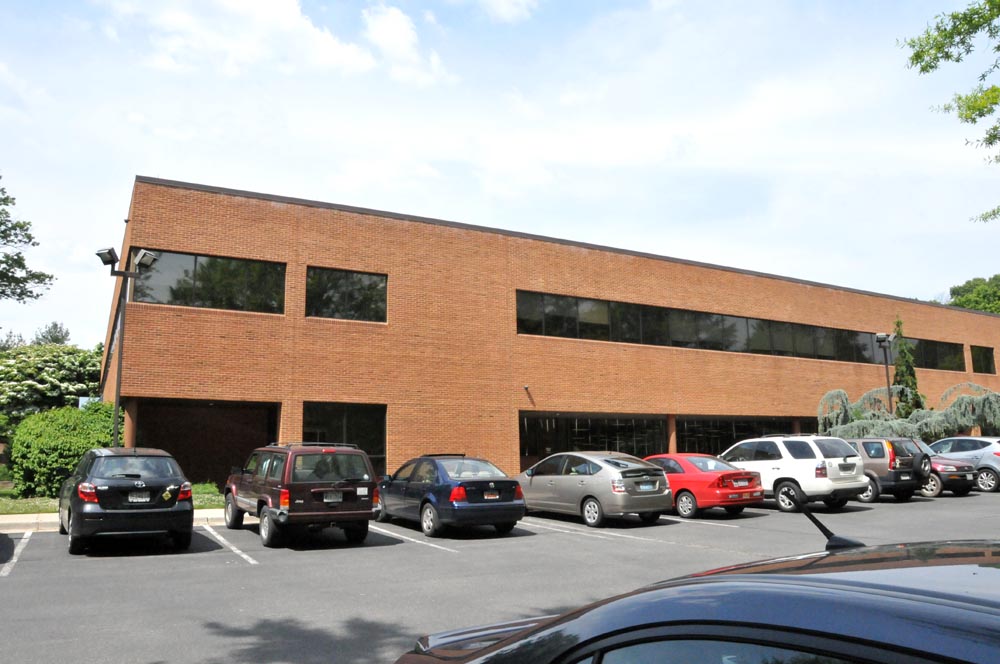 A regulation U.S. football field, including the end zones, covers 57,600 square feet. The two-story Maryland headquarters of the Humane Society of the United States is bigger.

We're not making that up. 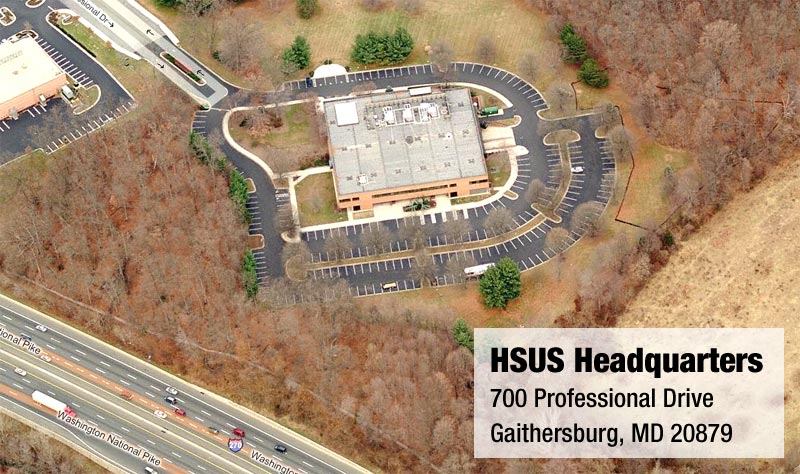 According to an application that HSUS filed in 2007 with the city of Gaithersburg, Maryland, its headquarters complex has 62,000 square feet of office space.

And that application? It was for permission to build another 300,000 square feet of office space. Plus at least 250 residential homes.

Who says we're in a "down" economy? HSUS seems to be doing just fine.

Is HSUS expanding its own operations? Building a campus for "Humane Society University"? Diverting its donors' money into risky commercial real estate speculation?

If all that planned office space is for HSUS itself, the organization's new commercial footprint would become bigger than the largest Wal-Mart. But any way you slice it, it's hard to justify.

Most Washingtonians think the Humane Society of the United States works out of a pipsqueak-sized downtown office building at the corner of "L" and 21st Streets. Although HSUS's name is above the entrance, and HSUS owns the real estate, it occupies comparatively little of it. The majority of HSUS employees work in the sprawling Maryland facility instead.

In 2007, HSUS began to petition the City of Gaithersburg for permission to improve that 10.5-acre Maryland real estate parcel. HSUS's proposed development would include:

The Maryland HSUS headquarters is plenty big as it is. Visitors get that "Fortune 500" feeling from the smoked glass and the 6-foot-long sign, and they know they're about to board the animal-rights mother ship from the "NO HUNTING" placard nailed to a nearby tree. 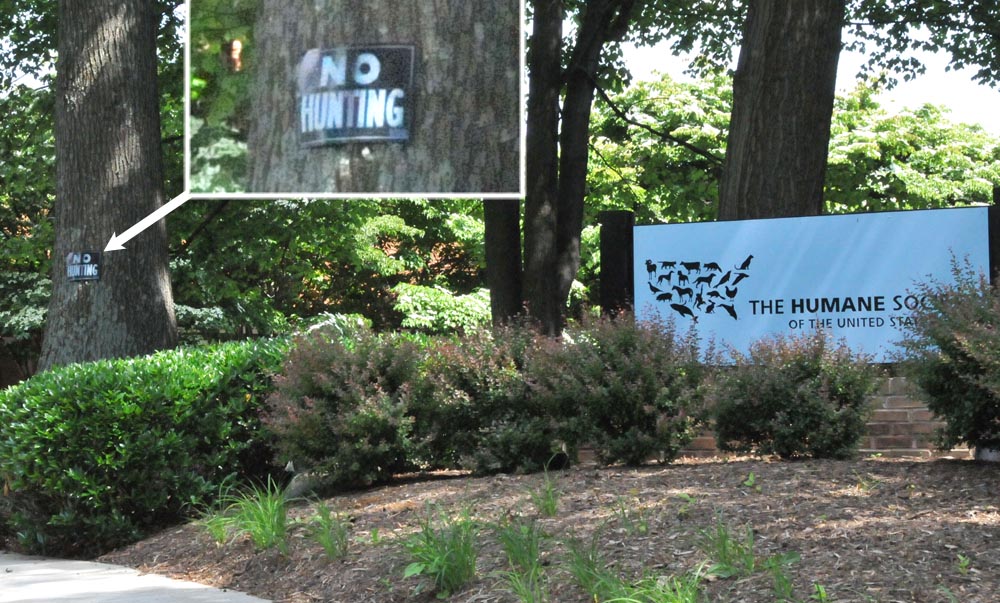 It's the sheer size of HSUS that makes some people (including HSUS donors) tear their hair out. Montgomery County, Maryland recently assessed the value of HSUS's Gaithersburg land and its headquarters building at $10,468,300.

Meanwhile, many (if not most) of HSUS's donors naïvely believe that most of its money is going right out the door to needy pet shelters.

Here's a thought: If HSUS were giving most of its dough to pet shelters (instead of charging them for services), it probably wouldn't be able to afford a $38 million payroll. Which means it couldn't employ such a large staff. And it wouldn't need to fill such a large building.

Naah. That would make too much sense.