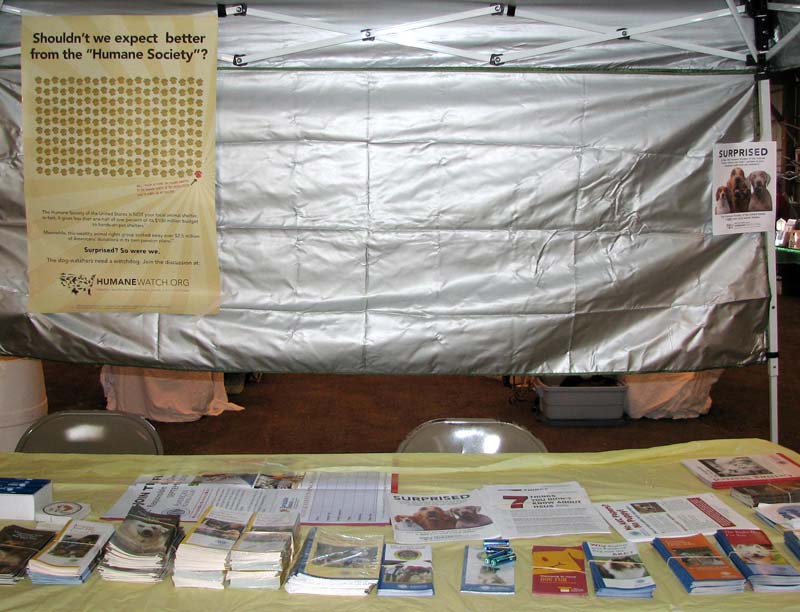 Well … at least parts of the Badger State.

Last weekend the Sheboygan Kennel Club held its annual two-day dog show. And judging from the photos we got, HumaneWatch was the second most talked-about thing there. (We probably lost in a photo finish to the “puppy mill” proposal that HSUS paid to put on the Missouri ballot in November.) 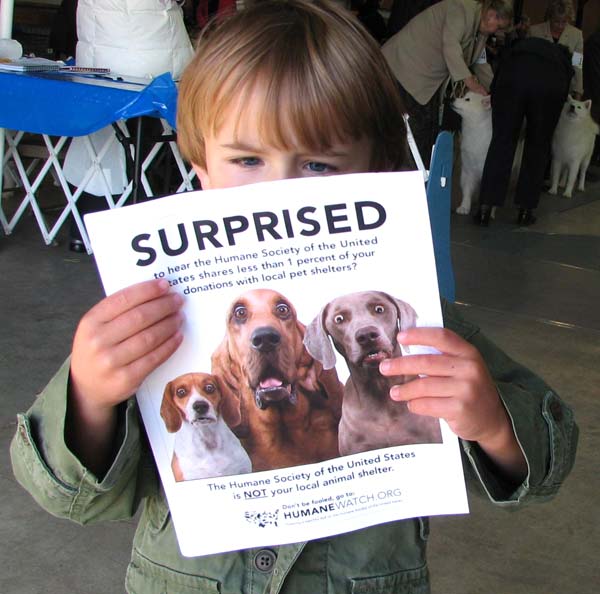 But we’re still pleased when folks like these help us spread the word about the cynical deception and willful misdirection that the Humane Society of the United States employs on a daily basis. The more we spread the word, the quicker we can persuade Americans to make their charitable donations to real animal shelters—not wannabees or pretenders.

And we’re thrilled to have photos. Here’s what the shutterbug writes:

We had posters everywhere, plus we handed them out to anyone stopping at our booth or purchasing a catalog. People were very interested (and “Surprised”) to hear all about HSUS.  It was very worthwhile.

Remember: All of our ads and handouts are available for printing, free of charge. And if you’d like posters or handouts for your next gathering, just let us know.