What I Learned at the Dog Show - HumaneWatch

UPDATE: This essay is now available as a two-page PDF handout for easy printing and distribution.

Note: HumaneWatch’s editor recently traveled down to the Palmetto State in order to attend his first dog show. Here’s his report: 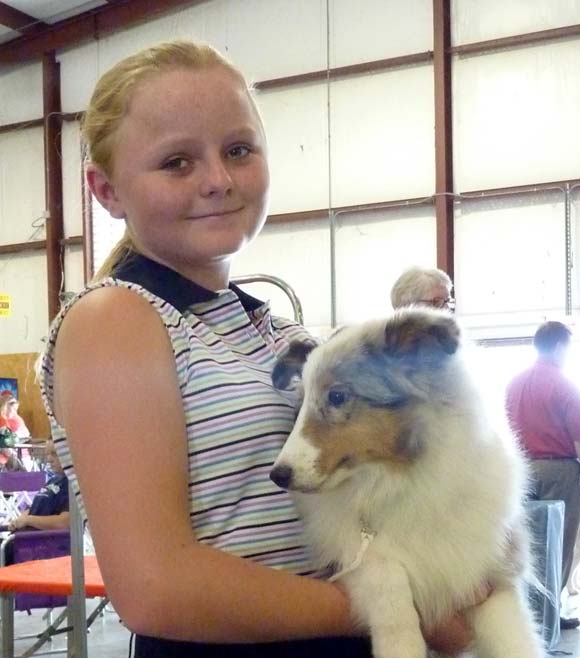 I spent this weekend at the Myrtle Beach Kennel Club’s all-breed dog show in Florence, South Carolina. The club invited me down to talk about the threats its members are facing from the Humane Society of the United States and the rest of the animal rights movement. Since I had never been to a dog show, I said yes. (I grew up thinking that “fancy” was an adjective. Silly me.)

I’m not a big fan of people who pooh-pooh things they’ve never tried or seen up-close. If one of my children says she “doesn’t like” something on the dinner table before taking even a tiny bite—well, let’s just say that doesn’t wash in my house.

And I’ve always thought the whole “dog show” community was rather mysterious, a kind of benevolent secret society with its own rules, customs, and vocabulary. Sorta like Deadheads, but with a lot better grooming and a lot less fleas.

Truth be told, the dog breeders I met this weekend do have their own peculiar ways of saying and doing things. But they’re really just ordinary people with a shared hobby. They’re really into what they do. And they taught me a lot in just a Saturday. Here’s some of what I learned.

If this particular dog show is any indication of what’s typical, the “dog fancy” is a lot of fun for a lot of people who contribute a lot of money to the economy—and aren’t hurting anyone. “If we’re not having fun here,” one judge told me, very much off-the-cuff, “we shouldn’t be doing this.” 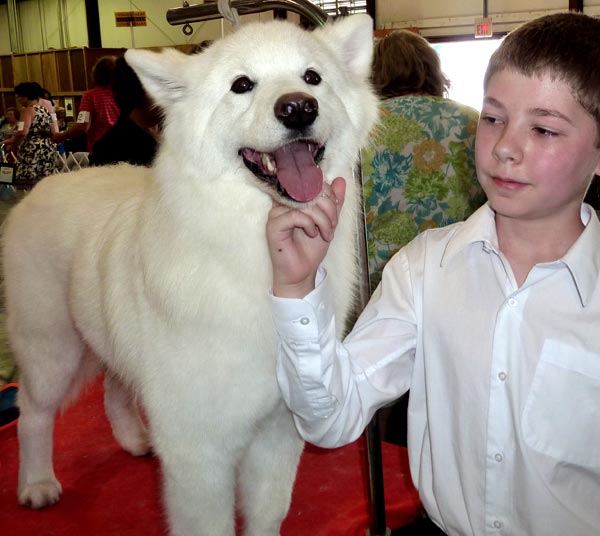 For the life of me, I can’t figure out why the Humane Society of the United States has such a visceral hatred of everything they stand for.

I think what’s going on is that HSUS, PETA, and other animal rights groups are conflating breeders whose main goal is to sell puppies with those who just happen to really love Pomeranians, Pinschers, or Poodles. This latter clique of people (far larger than the former) shows their favorite animals because they’re proud of them, not because they believe it will make their next litter worth more money.

It’s not hard to understand HSUS’s stated motivation for attacking people who breed dogs. The group wants everyone to believe that rampant pet overpopulation in America is all their fault. But personally, I just don’t see it.

I didn’t meet “puppy millers” this weekend. I met hobbyists, just like if I were at a model railroad convention, an antique fair, or a swim meet. They ask after each others’ kids. They visit each other in the hospital. They have knitting circles where the dogs watch approvingly. They’re 50 percent garden club, 50 percent church pot-luck. Zero percent animal abusers.

I asked one breeder how much money she had spent raising her champion dog, a mammoth Anatolian shepherd. “Who knows?” she answered. “I never really added it up. If you’re pinching pennies you probably aren’t treating the dog right.” In addition to the two purebred dogs she was showing, she had “two rescue mutts at home, and they have the same food, supplements, and everything else my show dogs get.”

And when I asked one of the veteran breeders how many of her peers raise dogs so they can sell the litters commercially, she looked at me like I was from Mars. “We all sell dogs, son,” she told me. “But none of us make a cent doing it. And I know where all my dogs live. If anyone can’t provide for them, we take ‘em back.” And then, almost as an afterthought: “I sure don’t want any of mine going to the pound or a rescue.”

Everyone I asked about this had the same kind of answer. If they found out that any of their puppies wound up in a shelter, they’d sure do something about it. 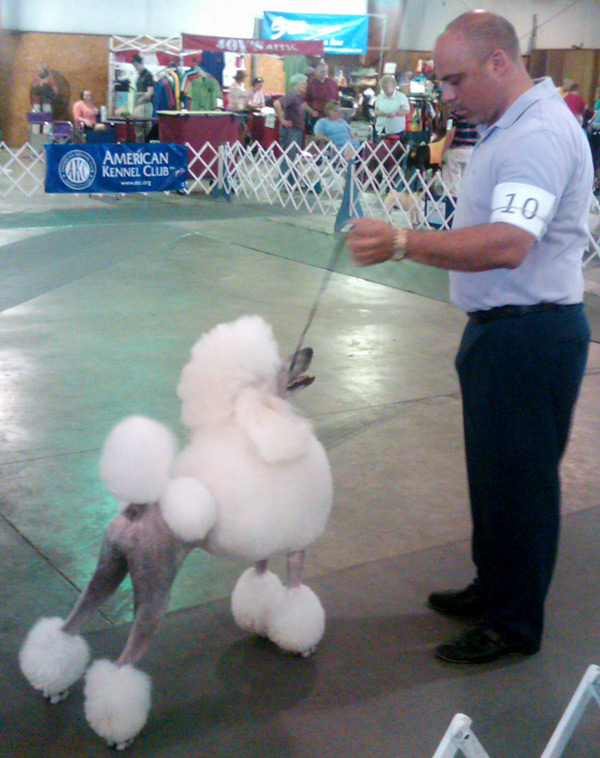 So why all the hostility from the Humane Society of the United States? Why did I hear from North and South Carolinians who had beaten back attempt after attempt from HSUS to have them taxed, registered, regulated, raided, and otherwise priced out of their hobby? What is it about these men, women, and children, so passionate about running up and down a concrete floor with their pets, that demands intervention from activists who think they know better?

Maybe it’s that HSUS thinks the only way to shut down “puppy mills” is to paint every dog breeder with the same broad brush. Maybe. I haven’t yet really wrapped my mind around why HSUS is opposed to everything I saw this weekend. I just know that it is.

As with pretty much every group of ranchers, dairymen, biomedical research scientists, and chicken farmers I’ve met, the breeders I spoke with this weekend had varying levels of awareness about the looming political threat from HSUS. Some of them can’t be bothered to be bothered. Others are fired up at the mere mention of Wayne Pacelle’s name.

“Somebody has to take that guy on,” one 50-ish man barked when I brought up the name of HSUS’s CEO. “That whole movement is nuts. After I showed up to lobby against HSUS’s last North Carolina breeder tax, I started getting calls in the middle of the night, untraceable phone calls, from these people saying they were going to come on my property, take my dogs, and burn my house down. I told ‘em my new rifle has an awesome night scope. That pretty much ended it.”

I spoke to the crowd after the Best In Show was awarded, in this case to a fluffy pekingese named “Noelle.” I told them that their problem is the same as the one faced by pork producers, egg farmers, dairymen, and even cancer researchers. But it was up to them to reach beyond their circle of friends—outside their comfort zone—if their kids and grandkids were going to keep being Junior Handlers and continue to raise the dog breeds they’ve come to love.

At the end of the day, I have to be skeptical of HSUS’s blanket condemnation of pet breeders. I’m confident that there are some horrible ones out there, as there are with any group of people (including animal activists…), but any legislative or cultural movement that lumps the people I met this weekend in with the bad actors is just plain wrong-headed.

Because the dogs I met in South Carolina were among the best-cared-for animals I’ve ever seen. Anyone who’s truly interested in animal welfare would want to make sure more dogs—not fewer—are treated this way. So how ’bout it, Wayne? Why aren’t you promoting dog shows?

Probably because you’ve never been to one.