WWSS ('What Would Sully Say?') - HumaneWatch 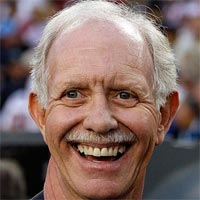 Deep down, Humane Society of the United States CEO Wayne Pacelle is so committed to protecting animals that sometimes people—yes, people—become collateral damage.

What else could we possibly conclude from reading this evening’s article on Pacelle’s blog?

In a fit of self-righteous pique probably triggered by this weekend’s love-fest of a national conference, Pacelle has declared that a federal government plan to round up and euthanize 150,000 Canada geese in New York is “wrong and unacceptable.”

To which we say: We’ll see your “wrong and unacceptable,” and raise you a “U.S. Airways Flight 1549” miracle.

Yes, that Flight 1549: the doomed January 2009 takeoff which Captain Sully Sullenberger somehow brought down safely in the Hudson River. Without—and here’s the miraculous part—without losing a single human life. No thanks to the geese that caused the crash, of course.

Preventing Canada geese from bringing down another airliner over New York City is the sole reason why the flying nuisances are being eradicated from a seven-mile radius around John F. Kennedy and LaGuardia airports.

How people choose to respond to this situation is as good a barometer of their animal "rights" beliefs as you’ll ever see.

For the tiny minority of Americans—including HSUS’s leaders—who truly believe there’s nothing special about human beings, the goose cull is … well, “wrong and unacceptable.” To most people, however, it’s a necessary evil if we’re going to protect airline passengers of the homo sapiens variety. We're not talking about rifle-hunting birds in the Bronx, after all. The birds are being gathered and euthanized via a humane method that the American Veterinary Medical Association endorses.

Can you imagine the impact on our economy if governments at every level decided to side with HSUS and let the geese run the show? Just imagine a Big Apple proliferation of Canada geese large enough to persuade the Federal Aviation Administration to shut down the New York metro area’s airspace. Without some sort of intervention, we’d end up there soon enough.

“I wish I could help, Mr. Trump, but all aircraft are grounded until further notice. You’ll just have to divert to Newark and take a bus like everyone else.”

“I don’t care if the World Series has to be delayed. The San Diego Padres will just have to find another way to get to Yankee Stadium. LaGuardia is a no-go.”

“Sorry, Mr. President. I know you need to get to Ground Zero for the annual 9-11 commemoration, but no one can fly in or out of New York City. No, sir, not even Air Force One.”

“Mr. Secretary General, I sympathize with the plight of the United Nations, but the historic Middle East peace ceremony will just have to move to New Jersey. We can’t accommodate all the private jets at Kennedy Airport until the geese fly south for the winter.”

Seriously—does Wayne Pacelle think before approving the blog copy that his employees write?

Unless you’re one of those “outliers” in American society who is perfectly happy thinning out the human “herd” to make room for animals, there has to be a logical point at which saving human lives trumps keeping geese alive. A plane crash seems as reasonable a place as any to draw that line.

No one is talking about exterminating Canada geese for fun, for profit, or for the heck of it. It’s to prevent plane crashes. Studies indicate that “wildlife strikes” cost more than a half a billion dollars each year, and have killed more than 350 people (so far).

The New York Times noted last month that "[i]n the past, some culled geese were donated to food banks," but this won't happen anymore. Which is a pity. Some good should come of this. Even if the resulting scenario isn't a vegan one.

Will it take a 747 nose-diving in Central Park for HSUS to see the wisdom in controlling the bird population? The only alternative seems to be letting the birds control us.