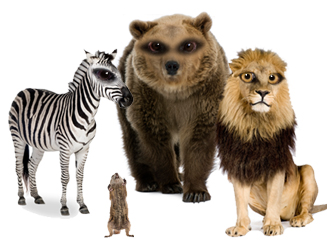 We know we’re having an impact in educating Americans about the deception of the Humane Society of the United States (HSUS, which isn’t affiliated with your local humane society or pet shelter). How? First, we have a robust and steadily growing Facebook fan base that just surpassed 350,000 people. Second, HSUS CEO Wayne Pacelle can’t seem to stop writing about us. (As a rule of thumb, “If they’re not complaining you’re probably not making a difference.”)

And by “writing about us,” we don’t mean loving missives. It’s more like increasingly rabid posts on his blog, ranging from false claims that we support animal cruelty (the new “race card”) to more recently the defamatory notion that our executive director wants to corrupt schoolchildren. Yeah—he went there.

But there’s one that really takes the cake in which Pacelle tries to demonize the Facebook fans of HumaneWatch. He writes:

What’s a zoophile? At first blush, we assumed Pacelle means people who enjoy zoos. Boy, were we wrong. Basically, it’s someone who has sex with animals. Yes, that’s how HSUS’s CEO expresses his obvious frustration with criticism.

We know it’s not true—we hear from animal lovers and shelter volunteers every day on our Facebook page. But “truth” apparently doesn’t enter Mr. Pacelle’s orbit very often—which is odd, because you’d think his huge ego would have the gravitational pull of the Sun. But that’s neither here nor there.

Frankly, we’re baffled at how he got that zoophilia idea. And it’s ironic that Pacelle calls us a gathering place for dogfighters—after all, Wayne Pacelle is the one on the rehabilitation mission for convicted dogfighting kingpin Michael Vick, and who said Vick “would do a good job as a pet owner” (after the Eagles paid HSUS a $50,000 “grant,” no less). Gee, how has that worked out?

It’s clear to us that HSUS is frightened by our success—your success, really—in educating Americans about HSUS’s deceptiveness and the need to give to local pet shelters (since HSUS generally doesn’t).

But c’mon, HSUS, are you too chicken to debate on the merits of how you spend all that money?