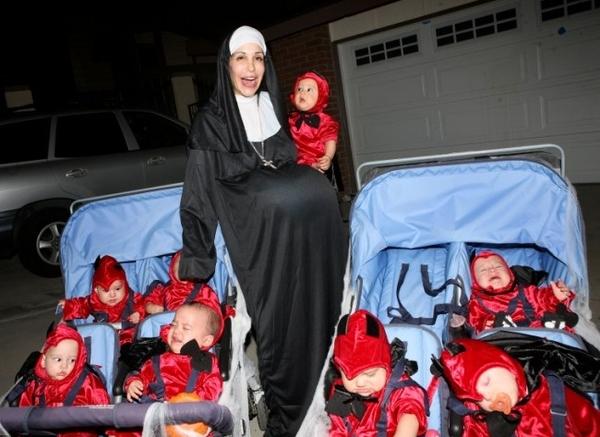 Carter Dillard is not a household name, but perhaps it should be to anyone who runs a farm. Dillard is an attorney "of counsel" with the Humane Society of the United States, and a law professor at Loyola. He’s the guy HSUS sends if, say, you run an upstate New York duck farm that HSUS would be happy to see out of business.

Dillard also has an, um, interesting avocation. He's a research fellow at the Optimum Population Trust, a United Kingdom-based think tank that promotes the view that Planet Earth can support, at most, 5.1 billion people. That means that in order to be sustainable, today’s world population would have to shrink. A lot.

Here's Dillard in action on the FOX Business channel, arguing about overpopulation with Stuart Varney:

Carter Dillard has also published academic papers in law journals arguing that having children is not a basic human right. In a 2007 essay titled “Rethinking the Procreative Right,” he challenges whether people have a right to have kids as they see fit.

That's not a joke:

The right to procreate, correctly defined, is a right at least to replace oneself, and at most to procreate up to a point that optimizes the public good.

And what does “the public good” entail? Dillard says that involves the public’s right to “access wilderness and natural biological diversity (including other species).”

More on that thorny "other species" angle in a moment. But here’s a question worth exploring: Why does HSUS, an animal-oriented group, so often seem preoccupied with concern for human population? Let’s review:

The Environment section took a leadership role in initiating and advocating a Population Priority Statement whose purpose is to underscore, for the first time, the consensus judgement [sic] of environmental organizations that “the increase in population and in resource consumption are basic causes of human suffering and environmental degradation and must become major priorities for national and international action.”

Why is this a talking point (much less a major priority) of a supposed animal protection group?

It only make sense (to us, anyway) if you bring Carter Dillard back into the equation. Remember: He believes that the right to have kids should be balanced against “other rights”—including those of “non-human species.”

So if people are just another animal species, and if our “rights” must be considered on the same level as those of deer, pigs, and lab rats, then it’s not too big a stretch to require that we thin our own numbers for the purpose of making room for animals. And if you're laser-focused on the supposed "rights" of chickens, it makes a twisted sort of sense to demote all of us "people" to the status of blind automatons whose nasty habit of consuming animals for fuel violates the rights of countless livestock.

Wayne Pacelle himself put the cherry on the sundae in a 1998 interview with Vegan.com founder Erik Marcus. (Pacelle was HSUS Senior Vice President at the time):

Human population growth is ultimately one of the most significant [things] that we as a movement have to grapple with. It's a simple equation that more consumers translates into more animals raised for food.

Don't get us wrong: We're not saying that it's a good idea to subject the planet to a limitless number of people. But we find it remarkable how an idea like "zero population growth" can be co-opted by activists who find their own narrow reasons to hoist its banner high.

On the other hand, insects outnumber us poor humans by several orders of magnitude. And there are 24 billion chickens on the planet. So maybe we're the oppressed minority after all. We say let's thin the herd of broiler hens. Preferably with the aid of some BBQ sauce.