A Fair Question: When Is Anything 'Humane Enough'? - HumaneWatch 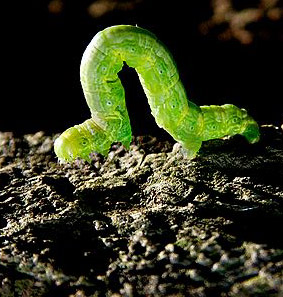 Ohioans have become accustomed to seeing the Humane Society of the United States weigh in on just about everything involving the Animal Kingdom.

If the group isn’t telling Ohioans what sort of animal they can keep as pets, it’s threatening to strong-arm Buckeye farmers into adopting a European style of animal agriculture. (Anyone who’s traveled to Europe and paid the equivalent of $6.50 for a dozen eggs, or $13.00 per pound for pork chops, can guess why some consumers are less than thrilled.)

HSUS CEO Wayne Pacelle has been particularly knavish when stemwinding about Ohio livestock. One day he’ll impatiently suggest that he could pull the pin on his 500,000- signature hand grenade at any time, and the next day he’ll turn on the charm and talk of the “nobility” of the animal farm.

Charles Wildman is a pork, corn, and soybean farmer from the rural patch of Ohio between Dayton and Columbus. He’s also a rather level-headed member of the swine subcommittee of the Ohio Livestock Care Standards Board (OLCSB)—a guy who understands the concerns of his farming community, and those of their city-dwelling neighbors.

Speaking to a reporter on Friday, Wildman expressed a concern that many in animal agriculture are feeling. Here’s the context: His OLCSB subcommittee sat last week to discuss whether to force pork producers to switch from the gestation stalls that HSUS abhors to what some are calling “alternative” methods of housing pigs.

But “alternative housing” is too broad, Wildman said, and the board could easily find itself in the same battle again, if the activists later attack the “alternative” method.

He assumes alternative housing means sows are made to be penned together. If they are, then they eventually will fight each other, he said, to establish social order. And when it happens, he predicts someone will film it and use it against the care board.

“When that (fight) happens, someone is going to be there to take a picture and post it on the Internet with the following statement: ‘OLCSB thinks this is the humane way to treat animals. Do you?’ And there we go again,” Wildman said.

Activists have used similar tactics in the past, calling for more humane standards and better practices, but later condemning the farm or farm business for not being humane enough.

Does Wildman have a legitimate beef? Will someone—whether it’s HSUS or one of its proxy groups—just come back in a few years with pictures of pigs fighting, the natural outcome of switching to “group” sow housing, and blame it on the farmers?

The animal rights movement is famous for the sort of institutional goal-post moving that Charles Wildman worries about.

Witness HSUS Outreach Director Josh Balk’s comments about egg farming in the summer of 2009 at HSUS’s “Taking Action For Animals” convention. “If anyone says ‘cage-free’ is 100 percent humane, 100 percent cruelty-free,” Balk intoned, “just know that that’s not accurate.” It doesn’t take a mind-reader to understand his meaning: If all of America’s egg producers suddenly switch to “cage-free” production tomorrow, HSUS would still find something to bitch about.

And if you’ve seen People for the Ethical Treatment of Animals (PETA) protesting that chicken farmers should all switch to a slaughter method euphemistically called “controlled-atmosphere killing,” it’s fair to wonder if the ace up PETA’s sleeve has been visible ever since the group first complained that fur farmers slaughtered mink with gas. Under the heading “Poison and Pain,” PETA currently indicts fur farmers for including “gassing” among their “common slaughter methods.”

Are we really just watching a slow-motion, stepwise process in which nothing animal farmers might do in the future will ever be judged sufficient? Ask an animal rights activist—an honest one, anyway—and the answer will be “Well, duh!” (This is the part of our essay where we remind you that HSUS’s top leaders are vegans, and they want you to be one too.)

To be sure, chicken farmers who convert their operations to “controlled-atmosphere killing” are only temporarily off the hook. It’s just a matter of time before some animal activist who doesn’t think he’s been on television enough lately accuses a poultry producer of running a bucolic Auschwitz for broiler hens.

And inevitably, the day after Ohio’s eventual phaseout of gestation crates for swine arrives, someone in the animal rights movement will compare the resulting hog-eat-hog aggression in pigpens to an Ultimate Fighting Championship cage-match.

It’s not a stretch, moreover, to predict that whoever is running the Humane Society of the United States will whistle innocently and pretend his or her organization had nothing to do with any of it.