Why is HSUS against Bills that Fight Animal Cruelty? - HumaneWatch 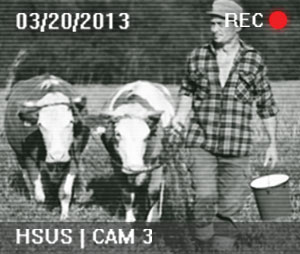 More and more states are considering proposals that would require reporting of animal cruelty that is videotaped or otherwise documented to law enforcement within 48 hours. The idea is to stop animal cruelty faster, yet the Humane Society of the United States and other vegan animal liberation groups are hysterical, running around and acting as if the sky is falling.

Let’s clear up some of the misinformation being thrown around.

Let’s repeat: Animal cruelty can still be covertly documented under these mandatory reporting proposals. The documentation just has to be reported to authorities. That’s hardly onerous or nefarious.

Remember, animal rights activists are not law enforcement and are not impartial. They have their own agendas, and the decision about how to proceed if they dofind animal abuse should not be up to them. It should be law enforcement’s call.

Why would this bother animal rights groups? Because it means they can’t just sit around with the cameras rolling for months while animals are abused so that they can, say, splice together footage andconcoct a (false) narrative, to say nothing of fundraising opportunities. Shouldn’t stopping animal cruelty be the one and only priority? You would hope so.

The primary issue here is stopping animal cruelty faster. Let’s not lose sight of that. And let’s hope the public doesn’t either despite the noise and propaganda from the Humane Society of the United States and its allies.