Your Tax Dollars At Work - HumaneWatch 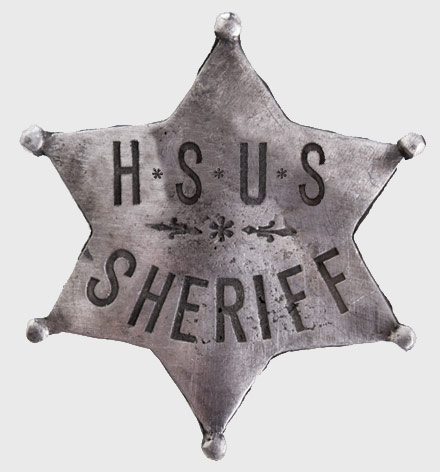 On December 28 Michigan’s Muskegon Chronicle published a letter announcing a January 26 “daylong training course” for law-enforcement personnel, run by the Humane Society of the United States. The letter’s author specifically disinvited the general public, saying that the event would be “confidential” in nature:

Due to the confidential nature of the material presented in the class, enrollment is restricted to law enforcement officers, prosecutors and judges, and animal control, humane investigators and veterinarians, if they are employed or contracted with a government agency (sheriff's department, police department, health department, etc.) within a three-county area (Muskegon, Newaygo and Ottawa) …

[P]lease contact officials in your county and encourage them to make attendance at this seminar a top priority.

A super-duper-important law enforcement training seminar that’s too top-secret for taxpayers to see? And it’s run by HSUS?

What’s going on here? The Chronicle printed two letters from readers yesterday morning asking that question, and we’ve done our own digging. The bottom line seems to be that HSUS doesn’t do anything for free. And our hunt for the money turned up the beginnings of a compelling paper trail that begins and ends in Washington, DC.

Yesterday's Chronicle letters make a fascinating study in just how savvy ordinary Americans can be. First was Nancy H.:

There are numerous laws which already protect abused animals. There is no need for HSUS “training courses” for these laws to be enforced.

This “training course” is the first step HSUS uses to attempt to exert its influence on local government. What is the HSUS going to be telling these law enforcement agencies that it doesn’t want us law-abiding citizens to hear?  What exactly is the “confidential nature of the material” they don’t want us to see?

Good questions. While run-of-the-mill law enforcement training is usually done far away from the prying eyes of the public, the people who design and run that training usually report to someone elected by “We, the People.” So we always have some “oversight,” even if it’s two or three steps removed.

The second letter was from Connie J.:

I do not believe that public officials will attend this event by taking a day off of work with no pay. Using tax dollars to further enrich an organization that does not support local rescue groups, but rather, supports the elimination of pet and animal ownership (as well as their commitment to ending hunting, farming, fishing, etc.) is not a wise use of public dollars or time and should not be tolerated …

One of the methods that HSUS uses to further its hidden agenda of separating us from our animals is through “education.” Whether it is “seminars” for public and law enforcement officials or the distribution of their “Kind Newsletter” to unsuspecting elementary students, HSUS propaganda is always cleverly presented.

Connie has the “big picture” correct: HSUS is certainly getting paid for this work. But the source of the money might surprise you. It’s not local law-enforcement in Muskegon, Michigan. It appears to be the federal government.

The last time HSUS announced a law-enforcement training seminar, it was an October 2010 event conducted by the Association of Prosecuting Attorneys:

Denver, Colo.
Association of Prosecuting Attorneys' 2nd Annual Prosecuting Animal Cruelty and Fighting Cases training conference
When: Oct. 27-29, 2010
Where: University of Denver, Colorado
Who should attend: all members of law enforcement and related disciplines and nonprofit organizations with an interest in animal cruelty and fighting crimes. There is no registration fee.
More Information: www.APAInc.org

We’re left to assume that the January event in Michigan will also be held in conjunction with the Association of Prosecuting Attorneys. Its website does confirm that HSUS is “pleased to be working with APA on training prosecutors.”

The U.S. Justice Department has awarded two grants totalling nearly $1.2 million to a new group of prosecutors for training on community prosecutions and animal abuse cases …

One grant to the new group, for nearly $700,000, provides funds for training of local prosecutors in community prosecution programs. The other, for nearly $500,000 deals with helping prosecutors bring cases involving dog fighting and cockfighting. The group held a training session for prosecutors on the issue last month at the George Washington University Law School in Washington, D.C. It said, "After the national attention received during the Michael Vick prosecution for dog fighting, legislators, prosecutors, and law enforcement officers have realized that public sentiment demands vigorous protection of our most vulnerable victims."

The Michael Vick reference seems a wee bit ironic 14 months later, doesn’t it? At any rate, it looks like the Association of Prosecuting Attorneys is funding HSUS with a portion of its $500,000 dip into Uncle Sam’s piggy bank.

There’s nothing wrong, of course, with the federal government funding seminars teaching sheriffs how to catch cockfighters. But as Connie notes, “HSUS propaganda is always cleverly presented.”

We’re left to wonder how much of the January 26 HSUS seminar will fall in line with what the Justice Department thinks it’s funding—and how much will consist of HSUS lobbying prosecutors to “crack down” on people like horse owner Denisa Malott and dog breeder Dan Christensen.