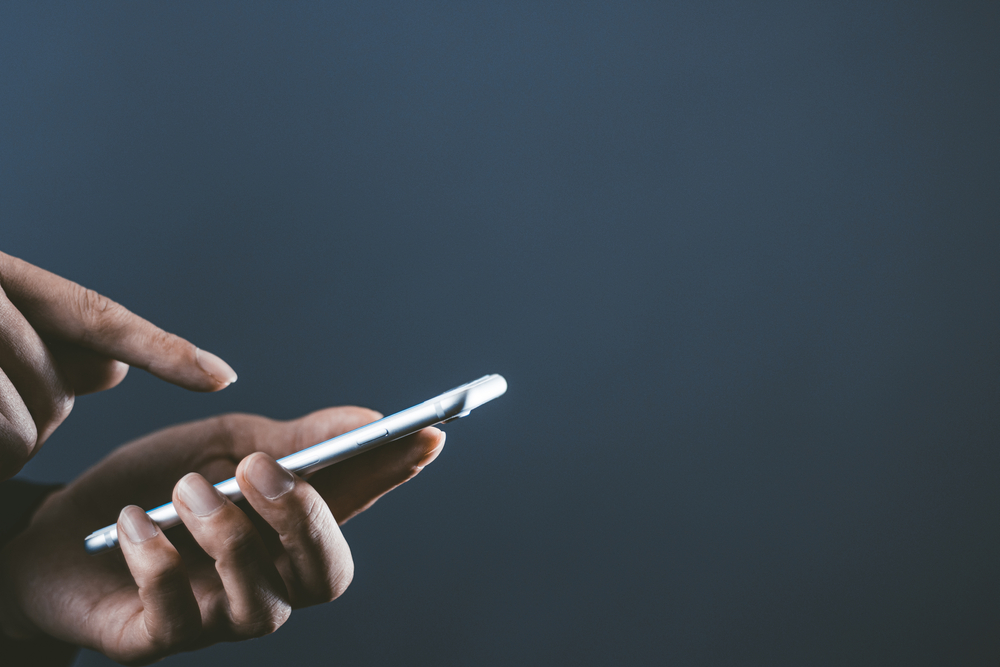 A lawsuit is threatening to expose more details about sexual harassment at the Humane Society of the United States, including a possible cover up regarding the #MeToo scandal that saw former CEO Wayne Pacelle resign in 2018. Now, an affidavit from a forensic analyst is raising more questions about a possible cover up.
The lawsuit was filed by a former employee of HSUS’s lobbying arm against Crystal Moreland, the former assistant to Pacelle. The suit alleges that she got the plaintiff fired from HSUS on made-up allegations after the plaintiff had complained about Pacelle’s alleged sexist behavior.
The affidavit, pasted below, is from an experienced forensic analyst with KLDiscovery, a legal service firm specializing in electronic data recovery, who attempted to pull data from a smartphone.
According to the document, as soon as the analyst turned on the iPhone 6 to image it, the phone displayed a message for Apple’s restore process. Eventually, the analyst concluded that there was no way to access data on the phone–it was in such a state that he would have to wipe the data to repair the phone’s operating system.
It certainly seems odd that the phone mysteriously wouldn’t work. Doesn’t it? 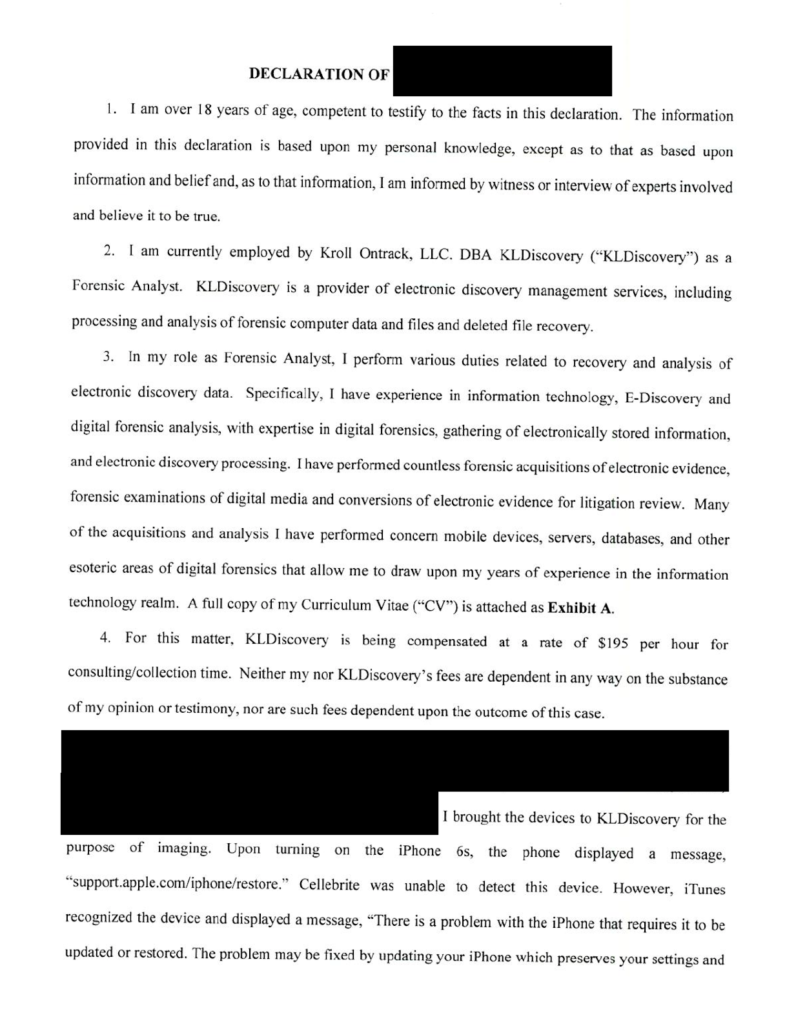 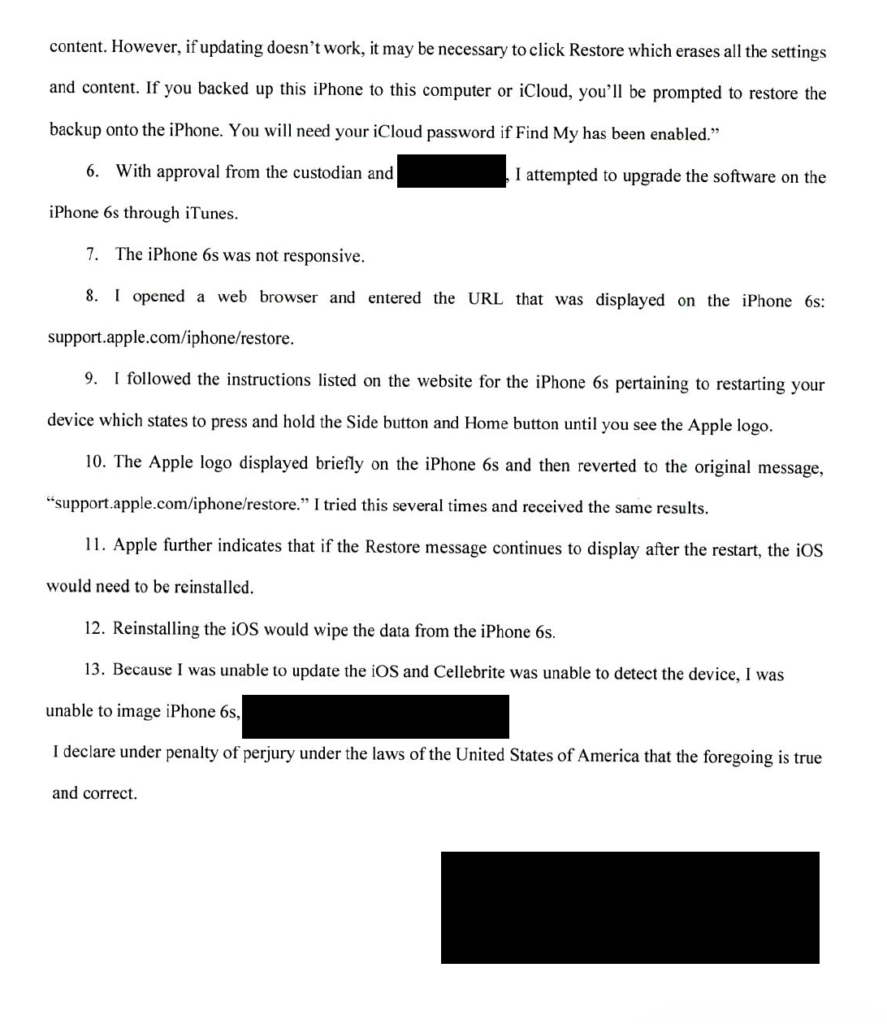