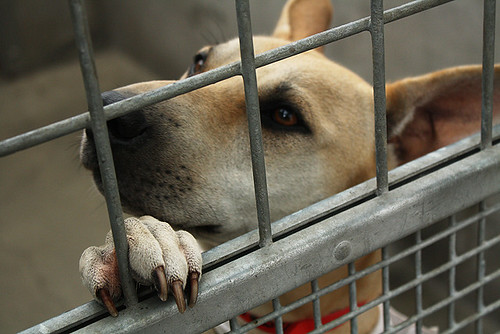 We’ve remarked that it’s strange for the Humane Society of the United States to try to dictate to farmers how to farm considering that no one in HSUS’s leadership has a degree in animal husbandry. When it comes to animal sheltering, though, HSUS has a bit more credibility. We found one person on HSUS’s board who does have experience with an animal shelter. Unfortunately, her record isn’t exactly stellar.

Meet Jane Greenspun Gale, who was chairman of Lied (pronounced “leed”) Animal Foundation, the main shelter in the Las Vegas area. We say was, because she resigned her chairmanship (but remained on the board) in early 2007 after news emerged of the deplorable conditions for animals at the shelter, resulting in 1,000 pets being put down—more than half the animals in the shelter at the time. According to the Las Vegas Review-Journal, an inspection team “found sick animals at Lied were ignored and left to die in their cages, dogs starved in overcrowded runs, and incoming animals were not vaccinated.”

The New York Times reported that the situation included a veritable cocktail of diseases:

Managers of the Lied Animal Shelter, where the outbreak occurred, said the severity of the crisis came as a surprise. They had invited a team of inspectors from the Humane Society of the United States to tour the center this month because they thought they would be praised for their practice of euthanizing animals sparingly, in comparison with shelters of similar size.

Instead, the six-member Humane Society inspection group found a severely overcrowded shelter where many animals appeared very ill. Tests revealed that hundreds were suffering from one or more of three viruses and an aggressive bacterial infection. […]

Disease outbreaks in shelters are not unusual, but this one was especially gruesome because there were so many different illnesses at once, said Dr. Kate Hurley, head of the Shelter Medicine Program at the University of California, Davis, and one of two veterinarians on the Humane Society inspection team. The viruses were Parvovirus, canine distemper and feline panleukopenia; the bacterial infection was a fatal hemorrhagic, or bloody, pneumonia.

''I'm not aware of outbreaks of this magnitude,'' said Dr. Hurley.

That’s after a 2001 audit discovered inadequate management controls and found that “lax accounting and improper practices led to animals being lost, stolen or unnecessarily euthanized.” If any old pet owner had dogs and cats in the conditions at Lied Animal Shelter, HSUS would have raided him, seized his animals, filmed a fundraising video, and put out a press release alleging animal cruelty. (And rightfully so, probably.) HSUS would also likely push for criminal charges.

But in this case, HSUS seemed awfully quiet. In fact, as noted above, Lied had hired HSUS to inspect the shelter, and the team’s report was hard-hitting and exposed the major problems. But HSUS was content to see improvements in the shelter—a redemptive attitude it doesn’t seem to spare for many.

Obviously, animals in shelters are euthanized every day and sheltering is a tough job. But we haven’t heard of anything like this before. Gale was a major funder, putting $12 million into the group, so surely she had an idea of the shelter’s poor situation. There were even allegations that appeared to substantiate criminal conduct, but HSUS wouldn’t turn over some details to municipal investigators, citing confidentiality, so the city’s probe couldn’t prove anything.

Meanwhile, Gale not only stayed on the board of the group, but then joined HSUS’s board just a few months after the fiasco. “[HSUS CEO] Wayne Pacelle, who I have known over 20 years … he asked me to do this,” Gale told the Las Vegas Review-Journal.

We really have to wonder what Pacelle saw in her. But then we remember that Greenspun Gale comes from a wealthy family line that owns the Las Vegas Sun. If we were cynical, we’d say it all makes sense—kind of like how the former dogfighting kingpin with the $100 million NFL contract is now an HSUS ambassador.