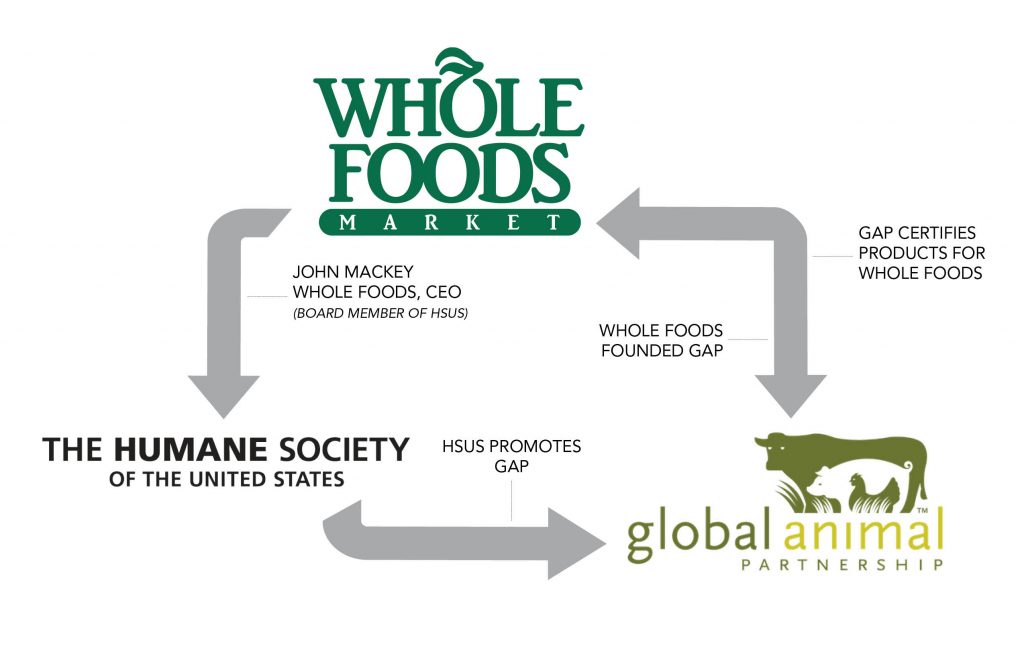 Today, we filed a complaint with the Internal Revenue Service against Whole Foods Market, the Humane Society of the United States (HSUS), and Global Animal Partnership (GAP) for what we believe is an improper profit-driven effort to benefit Whole Foods.

HSUS and surrogate animal-liberation allies are currently engaging in campaigns threatening restaurants and other companies to switch to GAP-certified meat. GAP was created by Whole Foods (its first address was the Whole Foods corporate HQ) and has been funded predominately by Whole Foods since its inception. Currently, Whole Foods is paying the salaries of three GAP employees, including the executive director.

Why was GAP created? To create animal-welfare labeling that Whole Foods could use to promote its high-priced meats.

See why it smells rotten? HSUS and GAP are both non-profit 501(c)(3) organizations, yet the ménage á trois between the entities appears to benefit Whole Foods. Essentially, it sees HSUS being the “enforcer” pressuring companies to commit to only buying products certified by the Whole-Foods-employee-run GAP. That will drive up the costs for Whole Foods’ competition or cause them to face a public brand attack. It also tells consumers that GAP meat at Whole Foods is the only “humane” meat—because Whole Foods and HSUS are the ones who get to define what it means to be “humane.”