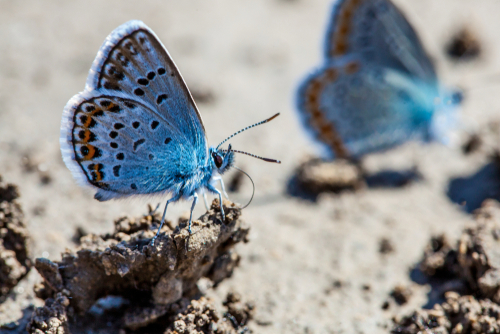 Like a gnat that won’t go away, Wayne “Pervy” Pacelle is back. The Washington Business Journal reports Pacelle was named a partner this month at animal activist investment firm named Karner Blue Capital. Pacelle’s appointment came after having volunteered his services to the firm since last fall.

Founded last summer, Karner Blue Capital positions itself as an investment firm that uses activist tactics to manipulate companies into changing their practices to conform to animal activist demands. A similar tactic is seen when PETA buys stock in companies like Levi and Canada Goose in order to run shareholder resolutions. Except while PETA only spends a few thousand dollars buying stock, Karner is hoping to wield a bigger pot of dough.

KBC’s Center for a Humane Economy, meanwhile, focuses on a tactic similar to the congressional rankings HSUS’s lobbying arm produces, except to cajole companies, not lawmakers.

That’s where Pervy Pacelle comes in. As a co-founder and representative of Karner Blue Center for a Humane Economy—seemingly named after his weak book, The Humane Economy—he will be in the driver’s seat harassing companies into subscribing to an animal-free ideology.

Although KBC’s principles include avoiding investments in companies that “manufacture weapons, tobacco products or alcohol, promote gambling,” apparently the company is perfectly fine with hiring a man who has had several credible accusations of sexual misconduct.

When asked by the media about hiring Pacelle, who resigned in disgrace last year after a number of women accused him of being a sexual predator, Karner founder Vicki Benjamin had this to say: “Wayne had a 24-year unblemished run at the organization, and in the end, he was fully supported by his board and decided to step down voluntarily. Nevertheless, there was controversy. We at Karner Blue carefully considered it, and have total confidence in him.”

That’s quite some spin—and it’s false. Pacelle was not “fully supported” by the board. While a majority of the HSUS board did vote to keep Pacelle as CEO of HSUS and close an internal investigation into him—sweeping his alleged misconduct under the carpet—several board members resigned in protest. Pacelle decided to step down “voluntarily” a day later after a number of donors revolted.

KBC may try to position itself as a humane organization, but as long as it is rehabbing an accused sexual predator it has no moral authority to speak of.