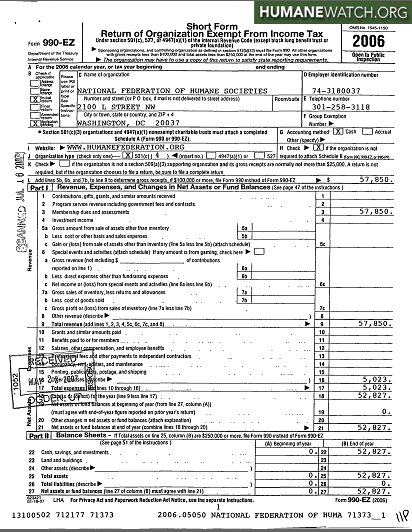 This is the Form 990 tax return that the National Federation of Humane Societies filed with the IRS for fiscal year 2007.

NFHS Executive Director Steve Putnam was a vice president at HSUS from 1997 to 2007. According to NFHS’s filings with the IRS, former HSUS door-kicker Scotlund Haisley was also an NFHS board member in the past. And on its tax returns, all the board members have the same address: 2100 L Street, the downtown Washington HSUS building. Wayne Pacelle’s official bio states that he co-founded NFHS in 2006.