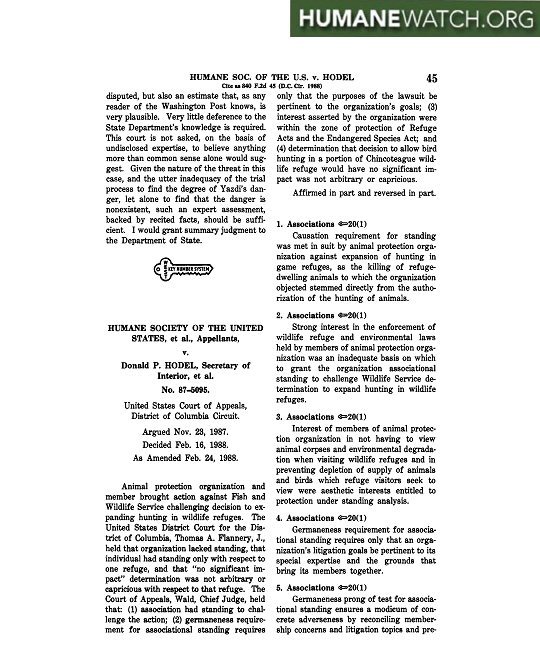 This is an opinion from the U.S. Court of Appeals for the District of Columbia Circuit, issued on February 16, 1988.

HSUS and its then-associate general counsel Roger Kindler had previously sued the Secretary of the Interior over the U.S. Fish & Wildlife Service’s decision to expand hunting in wildlife refuges. A lower court had determined that HSUS did not have standing to bring the complaint.

The Court of Appeals reversed in part and affirmed in part the lower court’s ruling.