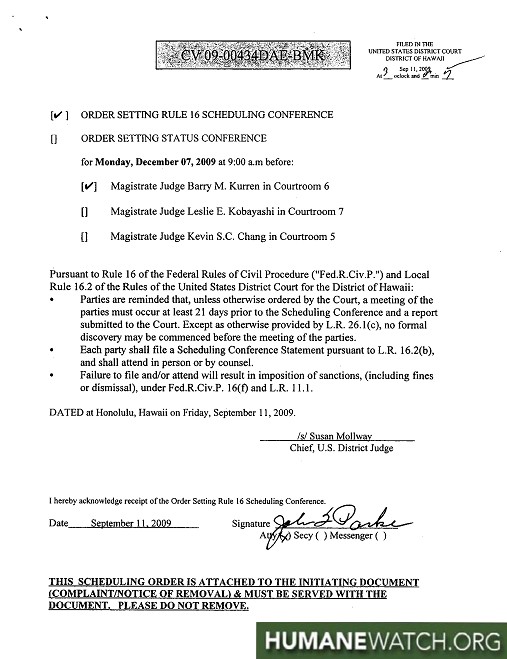 This is a copy of the lawsuit that Norman Pang filed against HSUS employees, stemming from a rescue operation at his animal shelter.

Realizing that he could not take care of 400 animals after his wife passed away, Pang accepted an offer from HSUS and the Oahu SPCA to transfer them elsewhere. Even though the purpose of Pang’s shelter was to care for any animal—no matter how sickly—HSUS took the opportunity to film the rescue. It posted video footage on its website and accused Pang of animal cruelty.

But the Hawaiian prosecutor found no sign of abuse. Pang sued HSUS employees on September 11, 2009 for defaming him and depriving him of his rights. Among other things, Pang specifically alleges:

HHS [the Hawaiian Humane Society] and HSUS both launched a media campaign of vilification against [Pang], accusing him of animal abuse and neglect and other unsupportable acts of criminal conduct.