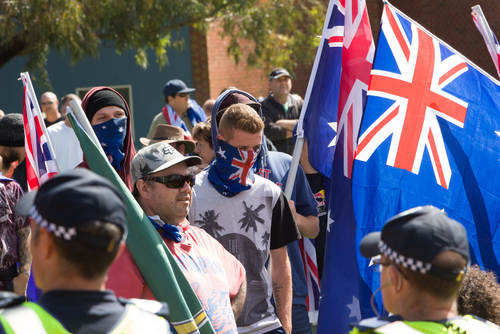 The animal liberation activist problem isn’t isolated to the US. Across the world, animal liberation groups have popped up, at times using similar confrontational tactics to what farms and shops in the US have faced from Direct Action Everywhere, whose leaders are facing criminal charges. But one country has had enough.

Despite what the name may imply, Aussie Farms is no friend of agriculture. The group is infamous for its website, which maps out the locations of as many farms and abattoirs as it can find in Australia. To many in the farming industry, the website was a breach of privacy used as a cheat-sheet for animal activists to target individual farmers for bullying.

They were right to be concerned, apparently.

Aussie Farms isn’t limited to just the web. The group would regularly harass and trespass onto farms and businesses it disagreed with. One business was forced to close after nearly four months of constant harassment. The group made global headlines when it shut down Melbourne’s City Centre, bringing traffic to a standstill as more than a hundred activists would hold a protest without any coordination with the city.

Citing privacy rules, Australia’s Charities and Not-for-profit Commission didn’t publicly go in-depth into why it decided to revoke the group’s charity and tax-exempt status, but it’s pretty clear why it happened. Harassing farmers or shutting down city streets isn’t “charity.”

Here in the States, we have similar issues with activists. The aforementioned Direct Action Everywhere employs similar tactics which have resulted in tens of charges against its leadership.

In hopes of a result similar to what happened in Australia, our parent organization, the Center for Consumer Freedom filed an IRS complaint against DxE and PETA. While action in the US has yet to be taken, it’s good to see Australia standing up to vegan extremists.