Baskin is the nemesis of series lead Joe Exotic, who runs a facility in Oklahoma that exhibits tigers. Baskin runs a competing facility in Tampa that, while calling itself a “sanctuary,” is essentially a business that makes money off of exhibiting tigers just like Joe Exotic. We don’t have a problem with zoos exhibiting animals provided, among other things, they take good care of those animals, but we don’t like hypocrites who call themselves sanctuaries while trying to put others out of business. One former volunteer has accused Baskin of merely being “a private owner who found a way to get the public to finance her collection.” And the show’s producer remarked, “Carole really had no interest in seeing an animal in the wild. The lack of education, frankly, was really interesting.”

We reported last week that Baskin, who many suspect of foul play after her second husband mysteriously disappeared, previously ran an operation that bred and exhibited big cats, called Wildlife on Easy Street—perhaps appropriately shortened to WOES. The operation was cited with over 25 violations of the Animal Welfare Act in 1998. And now we’ve learned that a volunteer there was savaged by one of the animals.

According to the Tampa Bay Times, volunteer Mindy Harrell was mauled by a leopard at WOES in 1998, the year after the disappearance. The grievous wounding tore Harrell’s skin from elbow to wrist, requiring 451 stitches to treat.

Baskin’s operation was also sued in 2003 by a different person who says she was bit by an ocelot. According to records, the lawsuit was settled.

And Big Cat Rescue was cited by regulators in September 2010 and March 2011 for having “either limbs or materials in the fenced-in area that would make it easy for an animal to climb and jump over the fence.” That’s certainly a risk for visitors.

Baskin is now an Internet meme following the hit release of “Tiger King,” but controversy around her has been floating around for years–though it didn’t stop her from becoming a big donor to the Humane Society of the United States. Strangely, HSUS and many other animal liberation groups have been noticeably silent about the release of Tiger King. That speaks volumes. 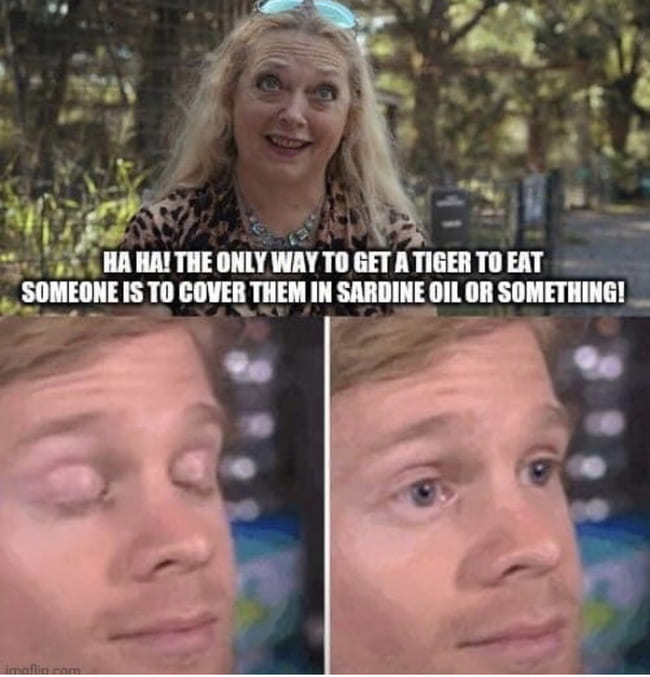