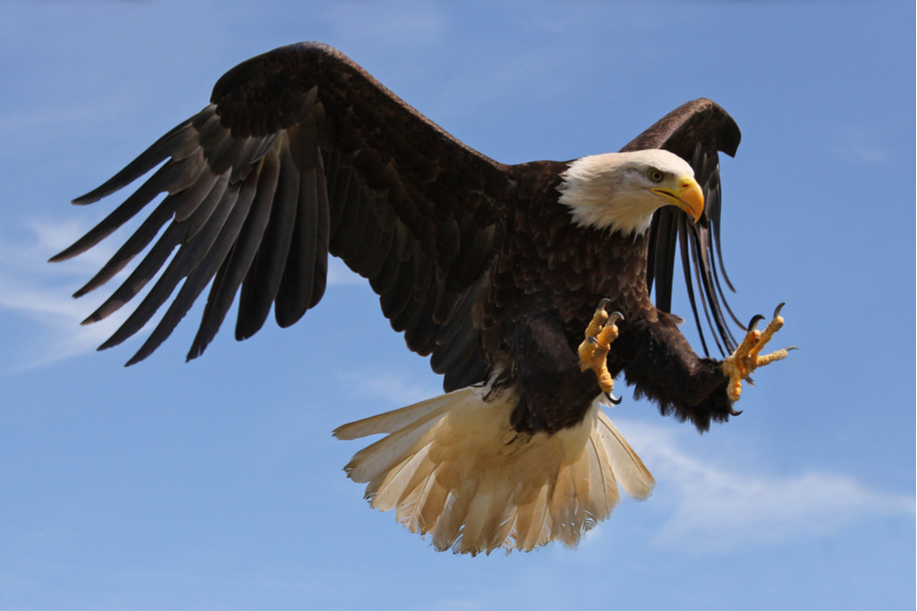 Among the most popular standards pushed by animal activists are the Global Animal Partnership (GAP) standards, designed by Whole Foods. White Oak Pastures, based in Georgia, is one of the poster children of the GAP program. At White Oak, the farm’s chickens have continuous outdoor access.

Many consumers who aren’t familiar with agriculture might assume this is a hands-down good thing. After all, the chickens are “free-range.” Why don’t all farmers do that?

Well, there’s a good reason. It involves farmers not wanting their animals ripped to pieces. According to Audubon magazine:

The slaughter here is relentless. White Oak is home to one of the largest pastured chicken flocks in the country; at any given time, 60,000 birds wander the land in accordance with pasture-raised parameters. As the next level beyond free-range, this farm never contains its adult birds indoors, instead allowing them to roam without restraint at all times. This also means that for the Bald Eagles that showed up a few years ago, White Oak is an all-you-can-eat buffet.

As of September, White Oak Pastures estimated that bald eagles have destroyed nearly 160,000 chickens, which translates to $2,200,000 in losses. According to White Oak, 160,000 chickens is a whopping 30 percent of the farm’s chickens.

White Oak Pastures realized these losses were unsustainable and appealed to the Farm Service Administration of the USDA, asking for compensation. For some reason, the FSA agreed. But why should taxpayers foot the bill of a farm that has implemented these policies on its own volition? It’s akin to building a home on a floodplain—you know the risks.

Most chicken farmers keep their animals indoors in large barns. Yes, this means Clucky the Chicken can’t poke around in the grass. It also means the animal won’t have its guts torn out by a predator or catch an avian disease from wildlife and spread it to the whole flock. Farmers, who understand animal welfare, have by and large chosen indoor housing because it is best for animal welfare.

Meanwhile, animal “rights” activists such as the Humane Society of the U.S. and Mercy for Animals are bullying restaurants and grocers to only buy meat certified by GAP. This wouldn’t just be a disaster for consumers—GAP-certified products cost more—but also for the animals. But these activists don’t really care—they’re just trying to drive up the cost of meat so that people don’t eat as much of it.

GAP standards are bad for the farms, bad for taxpayers, and certainly bad for chickens. Considering the results, there’s only one group that benefits from GAP: Predators.