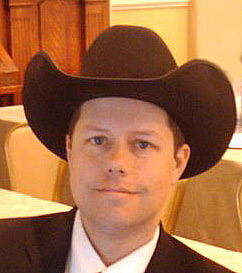 UPDATE: The Animal Agriculture Alliance is reporting that Jordan Winery still plans to give the money from this fundraiser to HSUS.

UPDATE 2: Troy H. reports that as of this morning, Jordan Winery is promising him that they're doing the right thing:

I talked to John Jordan again this morning. As of yesterday, any of the money donated will NOT be given to the HSUS. He said that some money was already sent to the HSUS before they realized their mistake, but anything that is raised from here on out will be given to two local shelters and that Jordan's will be handling that personally. He also stated that neither himself nor Jordan Winery has donated any money to the HSUS nor will they ever. The event is still going to take place although he didn't know if Pacelle would be attending or not. The invites were sent out 3 months ago and they felt it was too late to cancel the fundraiser altogether but they are trying to fix their mistake by doing what they can get the money going to the local shelters.

Troy Hadrick, as everyone who's seen his "Yellow Fail" Youtube video can tell you, is a fifth-generation rancher from South Dakota. He's also a stand-up guy who does more than most of his peers to make sure the Humane Society of the United States can't put the entire animal agriculture sector out of business.

His "Advocates for Ag" blog is popular among farmers and ranchers, but the broader HumaneWatch audience should know about it too. So it's great that Troy has agreed to co-publish his latest blog article here. And it's a doozie.

Last week HSUS announced that Jordan Vineyard & Winery would be hosting a celebrity fundraiser for HSUS on June 5. But as of today, Troy reports, the deal is off. The money raised on Saturday will be going to local pet shelters instead.

This weekend I found out that Jordan Vineyard and Winery in Sonoma County, CA was going to be hosting a HSUS fundraiser on June 5. After my involvement in getting Yellow Tail wine to stop their donation to HSUS and my now famous YouTube video I received many emails asking if I was going to dust off my video camera for another round.

But this time I picked up the phone instead and called the winery this morning. I explained who I was and what my concerns were about their planned donation. The helpful lady on the other end of the line took down my information and said she would have someone get back to me. A few hours later my phone rings and it’s none other than John Jordan himself, owner of the vineyard and winery.

Right off the bat he explained to me that they had made a mistake and were trying to fix the situation as best they could. He admitted that he really didn’t know the HSUS wasn’t associated with any dog or cat shelters. The intention was to raise money to help unwanted animals and he mistakenly assumed the HSUS did that. The truth of the matter is they don’t and Mr. Jordan understands that now too.

While the fundraiser for this Saturday night is still going to happen, the HSUS will not be receiving a penny of the money that will be raised. All proceeds will be given to local pet shelters that will actually use the money to help pets.

While there’s no word on whether or not Wayne Pacelle will still be attending the fundraiser, the good news is that those who need the money the worst and can use it best will be getting it.

Tonight I will be raising my glass to John Jordan and his family for realizing their mistake and making it right.