HSUS Settles One Lawsuit, Gets Slapped with Another - HumaneWatch 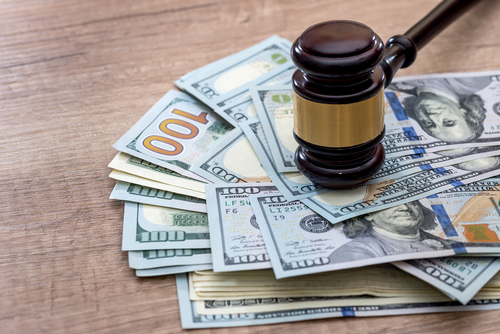 There must never be a quiet moment for the (many) lawyers at the Humane Society of the United States.

Last year, HSUS was sued for harassment. This case doesn’t involve alleged sexual harassment, as one might expect, but rather texts HSUS sent out in support of a ballot measure it was lobbying for in California. The suit alleges HSUS spammed texts in violation of the Telephone Consumer Protection Act, an act meant to keep telemarketers from sending unwanted and endless phone communications.

According to records, the case appears to have been settled out of court for undisclosed terms. The lawsuit had sought a payment of $500 for each text.

But HSUS isn’t out of the woods yet.

The organization was sued this month by former Illinois state affairs director Lisa Strawbridge. According to her suit, in 2011, she fell ill to severe fibromyalgia and other health issues after contracting late stage Lyme disease. Strawbridge continued working for HSUS for several years allegedly without ever being informed of the corporation’s disability insurance policy. This is despite the fact that, according to the lawsuit, Strawbridge had been in active communication with the Senior Manager of Human Resources for around four years after becoming ill. (Strawbridge v HSUS)

The lawsuit claims that despite HSUS being both a sponsor and administrator of disability insurance, it never disclosed to the plaintiff that she could receive benefits from the policy. If true, the federal law sees this as a big no-no given that HSUS is required to disclose this information even if the employee doesn’t ask for it. It wasn’t until last year that she realized that she was even eligible. When she did submit a claim, the insurance company denied her,  asserting the claim wasn’t filed in a timely fashion.

Certainly HSUS can relate to that–it had its own litigation saga after one of its liability insurers declined to cover HSUS related to the organization’s settlement of a racketeering and bribery lawsuit. HSUS lost that one in March.

Assuming there’s merit to its former employee’s claims, what will HSUS do? There’s little doubt HSUS under its “hands-on” former CEO Wayne Pacelle would have fought tooth and nail. Will HSUS under Kitty Block do the same?