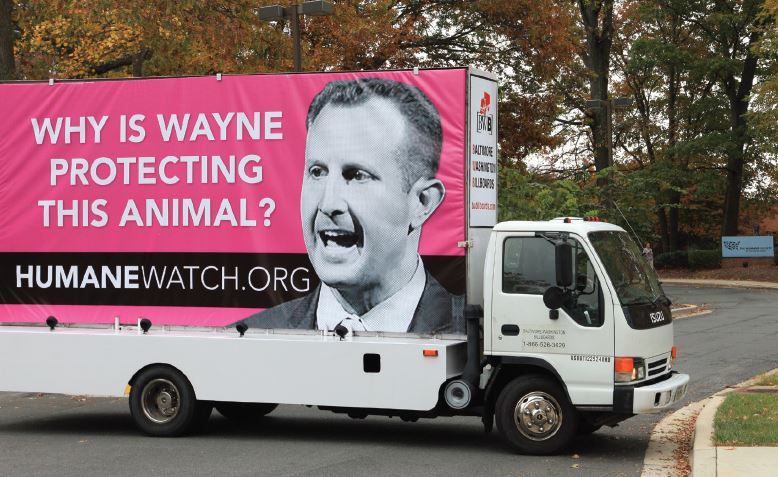 A cascade of news reports last week outed Humane Society of the United States CEO Wayne Pacelle and HSUS vice president Paul Shapiro as alleged sexual harassers. Pacelle resigned in disgrace on Friday while still denying any wrongdoing, while Shapiro departed HSUS at the beginning of January, having been allowed to stay on as a vice president after complaints were made in 2016.

Since these reports, a number of people in the HSUS world have come forward with comments condemning the culture of harassment at HSUS. But one person we haven’t seen a peep from is HSUS vice president Josh Balk, who worked with Shapiro for years and succeeded Shapiro as vice president of the farm animal department.

In fact, the last word we have from Balk is from January 1—the day before Shapiro left HSUS—when he posted a note to Shapiro’s LinkedIn page. Shapiro, he wrote, is “a brilliant leader,” “inspiring speaker,” and “trailblazing strategist.”

According to Politico, however, Shapiro is a guy who asked female staffers to have sex and even told married staffer to “take one for the team” and sleep with a donor, among other sleazy things. Shapiro’s conduct reportedly led at least five staffers to resign.

We have little doubt Balk was aware of complaints against Shapiro made a year and half ago that resulted in Shapiro being transferred to a new department and Balk being promoted. We had a truck outside of HSUS’s office building (above) at the time. Balk is certainly aware of them now.

Balk fashions himself some kind of moral leader, yet he appears to have nothing but praise for Shapiro. And lest we forget, Balk also went into business with Josh Tetrick, who assaulted his own mother, according to a police report, and whose “relationships with female employees also created an uncomfortable environment for employees” at his and Balk’s co-venture.

Will Josh Balk take a stand against guys who mistreat women?