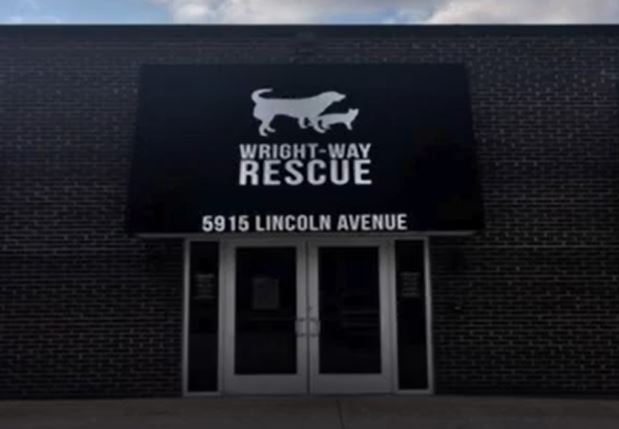 In 2016, the Illinois Department of Agriculture, which oversees shelters and rescues, investigated Wright-Way after receiving a complaint that the shelter omitted a dog’s medical issues when adopting the dog out. The complainant also questioned the amount of puppies constantly at the facility, wondering if the shelter was getting them from a breeder or puppy mill.

In 2020, the IDOA investigated Wright-Way Rescue, once again on the accusation that the shelter omitted the medical issues of a dog when adopting it out. The dog had a limb (wrist) deformity.

In both cases, it does not appear the state took any action after investigation.

In January 2021, the state investigated Wright-Way a third time based on a complaint that the shelter downplayed the severity of heartworm in a dog it adopted out.

Records show that the shelter did inform the adopter that the dog had heartworm. But Wright-Way recommended that the heartworm be treated with doxycycline. This drug is not FDA-approved for treating heartworm, and the American Heartworm Society discourages the drug’s use.

The same dog was taken to a vet after being adopted, and the vet found several other medical issues with the animal, including severe pneumonitis.

Then, in March 2021, the state of Illinois investigated a fourth and then fifth complaint against Wright-Way Rescue – both in the same month.

In the first March 2021 case, a foster mother says she received a dog from Wright-Way that was underweight with diarrhea. A medical diagnosis revealed the dog was suffering from heartworms. The dog was in such bad shape that it was coughing up blood. The second case that same month concerned a dog that was adopted out and marketed as “healthy,” but actually was so sick it ended up in “emergency surgery for an umbilical hernia.”

We found a shocking sixth (!) investigation in July 2021. In this case, the state investigated after a complainant accused the shelter of being overcrowded and dirty. Wright-Way responded that it had received a shipment of 80–yes, 80–puppies. That certainly seems like a lot at once.

A third Google Reviewer says Wright-Way misled her about a dog being safe around cats, which led to her cat getting mauled.

And there are a lot more like these three reviews.

Incredibly, a copy of a 2016 adoption form for Wright-Way included a non-disparagement clause saying people who adopt can’t do anything that “would reasonably be expected to lead to unwanted or unfavorable publicity to Wright-Way Rescue.”

Get that? Wright-Way doesn’t want people reporting bad things about the organization–even if they’re true.

After so many investigations, and numerous other public allegations of misconduct, why hasn’t the state taken more aggressive action?

All animals deserve to be treated the right way. And if shelters or rescues are doing that, they should be held accountable.